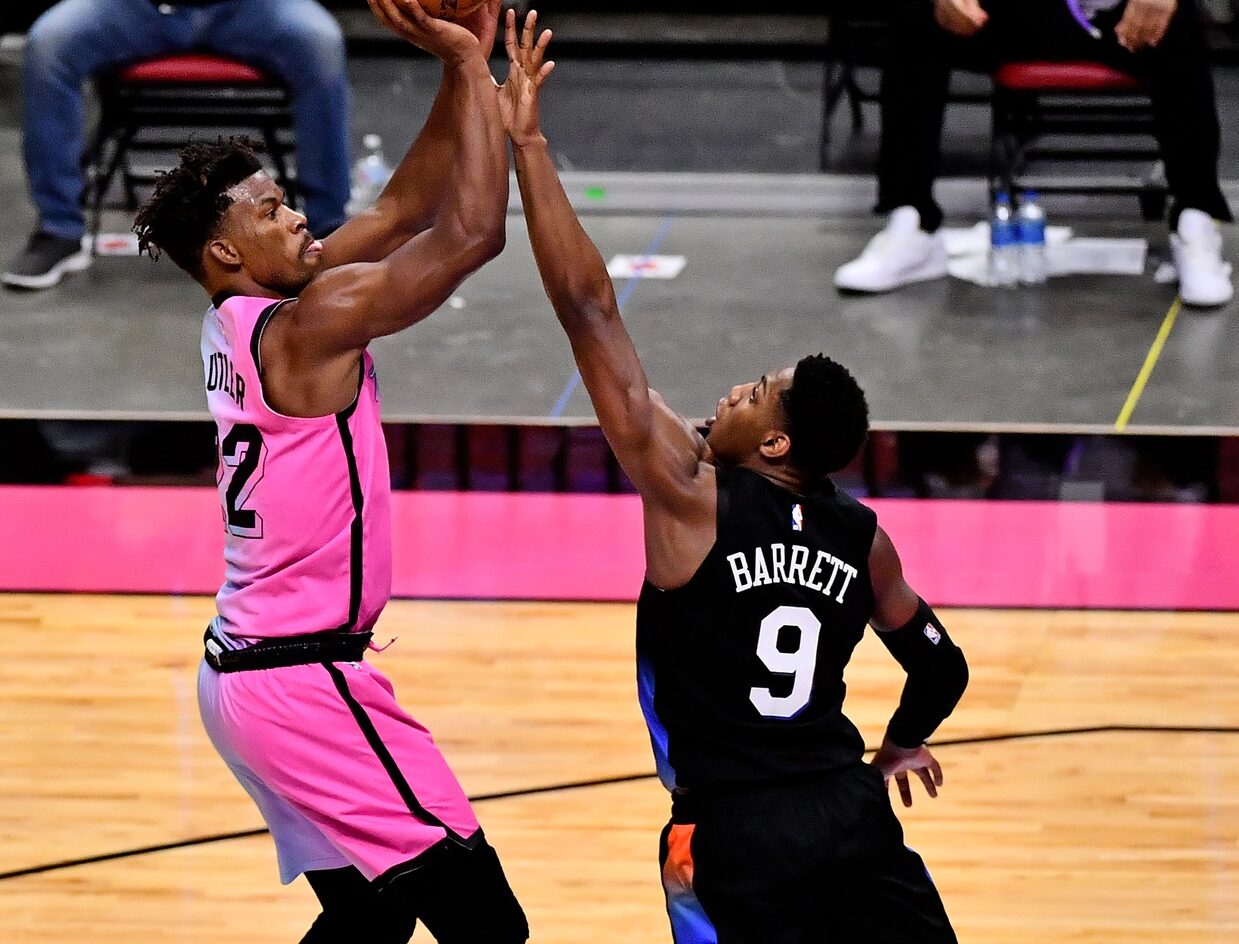 Butler apparently advised Barrett to go into his body in order to avoid getting stripped when he is driving to the rim.

Barrett said that Butler isn’t the only veteran that has given him tips this season.

Asked RJ Barrett about 👇, if Jimmy Butler was telling him to get into his body & if other established guys have done this for him:
"That is exactly what he was telling me in that moment. It's happened a couple of times. A couple of vets have given little pointers, little tips." https://t.co/GiWyC0axHe

The second-year player is having a much improved season in the 2020-21 campaign. Barrett is averaging 17.2 points, 6.0 rebounds and 3.0 assists per game this season. All of those numbers are better than those of his rookie season.

As for Butler, he may have a longer look at Barrett and the Knicks in the postseason.

The Heat have been on fire as of late and have climbed all the way into the No. 4 seed in the Eastern Conference.

New York isn’t far behind, as it is currently the No. 8 seed and just two games behind Miami.

Butler has established himself as one of the NBA’s better players, and it is nice to see him helping the next generation of talent improve.