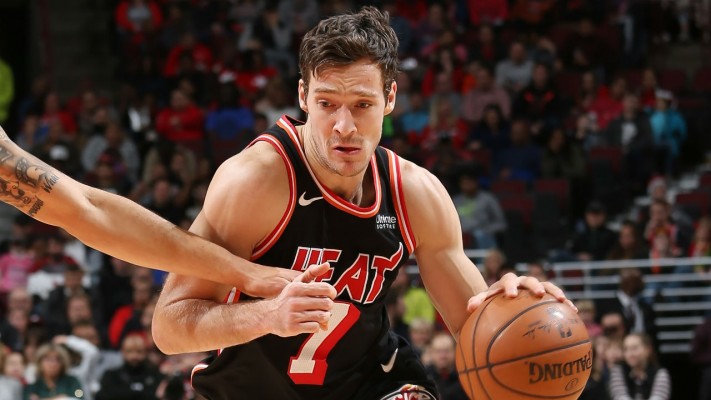 Goran Dragic has been playing masterfully throughout much of the season for the Miami Heat and on Monday, the NBA recognized the veteran point guard’s impressive play by naming him the Eastern Conference Player of the Week.

The Week 6 #NBA Players of the Week!

East: @Goran_Dragic of the @MiamiHEAT

Dragic has been putting up big numbers for the Heat all season long, averaging 19.2 points, 4.6 assists, and 4.2 rebounds per game. In all three games last week, however, the Slovenian national outdid himself.

Dragic put up 27 points, five rebounds, and four assists when Miami snapped the Boston Celtics’ 16-game winning streak on Nov. 22. He followed that performance up by putting up 20 points, four rebounds, and six assists in a win against the talented Minnesota Timberwolves two days later. He finished his week by leading the hungry Heat to a convincing victory over the Chicago Bulls in which he was the team’s leading scorer with 24 points. To make his performances even more impressive, Dragic shot 11-of-15 from beyond the arc across last week’s three games, good for 73 percent.

The former second-round draft pick is not only leading by example, but is serving as one of the primary veteran voices for a young team that is still searching for its identity in this young season.

The Heat are currently enjoying a three-game winning streak, thanks in part to Dragic’s recent performances. If Miami can continue its recent winning ways, he will surely gain further recognition for his brilliant play.
[xyz-ihs snippet=”HN-300×250-TextnImage”]