Miami Heat big man Bam Adebayo was not named as one of the All-Star reserves on Tuesday.

Houston Rockets forward P.J. Tucker was astonished that Adebayo did not make the team. 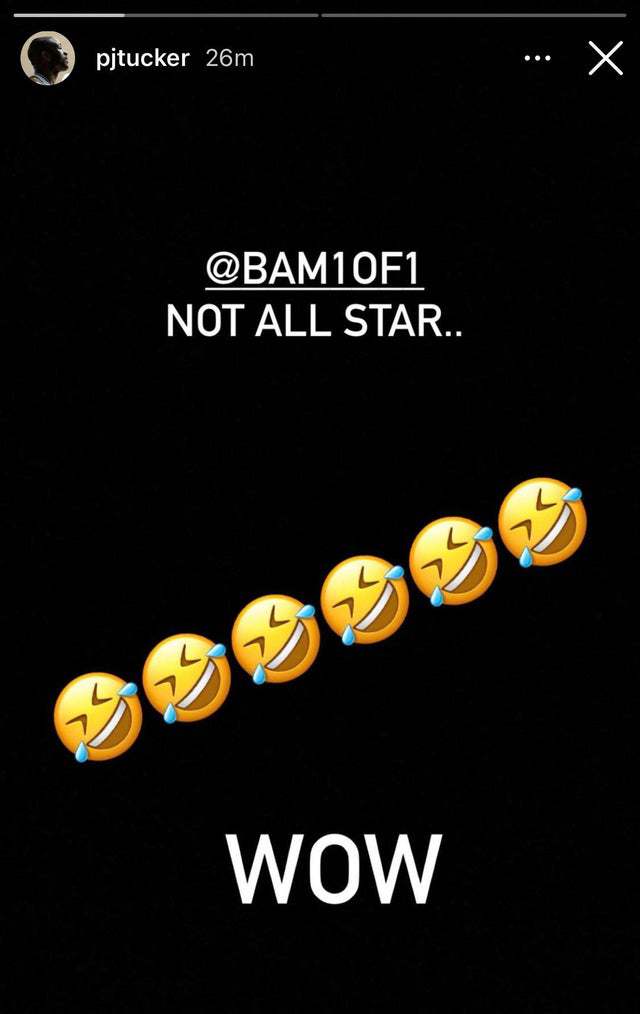 Tucker, 35, has been one of the players linked to the Heat.

The journeyman is a solid 3-point shooter and elite defender. He’s averaging 4.5 points, 4.5 rebounds and 1.3 assists per contest this season.

Although Tucker has never played with Adebayo, he appears to have a ton of respect for the University of Kentucky product.

Adebayo, 23, was selected as an All-Star for the first time in his career last year. He was eager to be named an All-Star again.

The big man is putting up an impressive 19.6 points, 9.5 rebounds and 5.5 assists per game while shooting 57.0 percent from the field per game this season.

However, the Heat hold a disappointing 14-17 record and are the No. 10 seed in the Eastern Conference.

Heat icon Dwyane Wade didn’t even include Adebayo on his All-Star team.