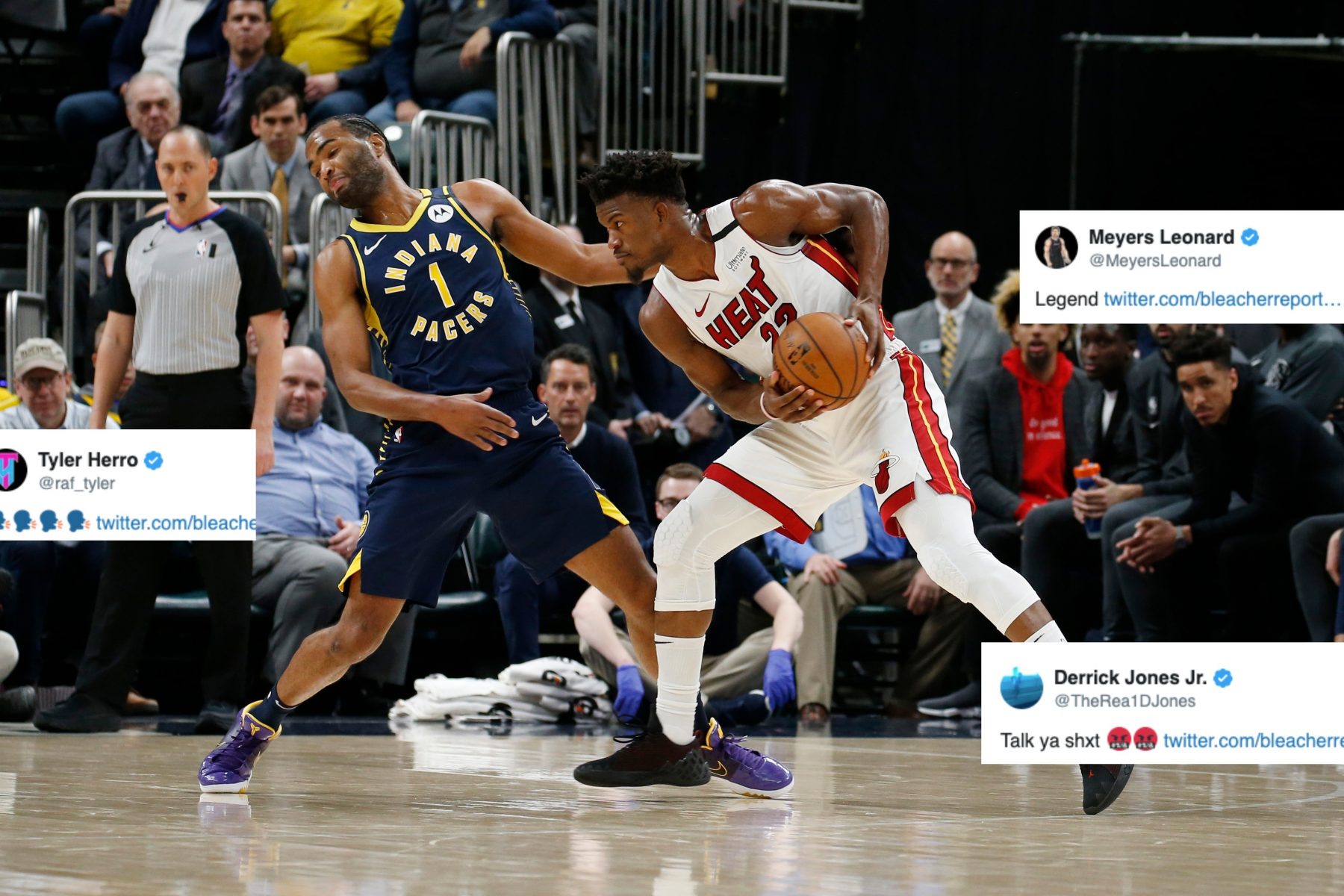 Jimmy Butler annihilated T.J. Warren in a postgame interview in which the Miami Heat star put the Indiana Pacers forward in his place on Wednesday night.

Butler’s teammates showed full support for their leader, applauding and celebrating the fact that he didn’t back down from Warren even after the game.

Heat players both young and old had something to say about the incident.

Many simply replied to Butler’s Instagram post regarding the next time the Heat and Pacers will face off later this season. 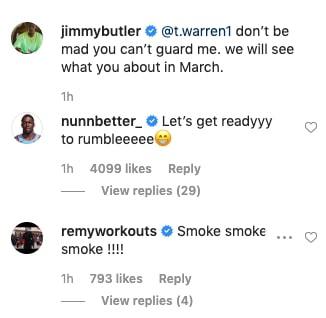 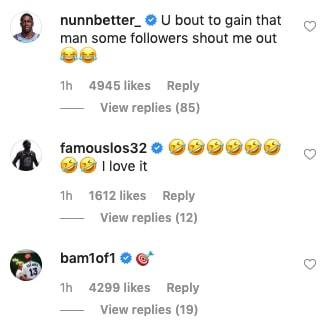 Other teammates issued posts of their own to celebrate the team’s star.

Veteran point guard Goran Dragic shared an Instagram post dedicated to the team win. However, he clearly wanted to draw attention to Butler as well.

Undoubtedly, what matters most is the Miami got the win in the heated road game.

The Heat dominated for much of the game on their way to a convincing 122-108 victory. This is not only impressive because the Heat have struggled at times on the road this season, but also because the Pacers are considered to be a clear playoff team.

Butler getting the best of Warren in the mental aspect of the game was only icing on the cake.

So far this season, Miami has won both of its games against Indiana. The two teams won’t face off again until March 20.