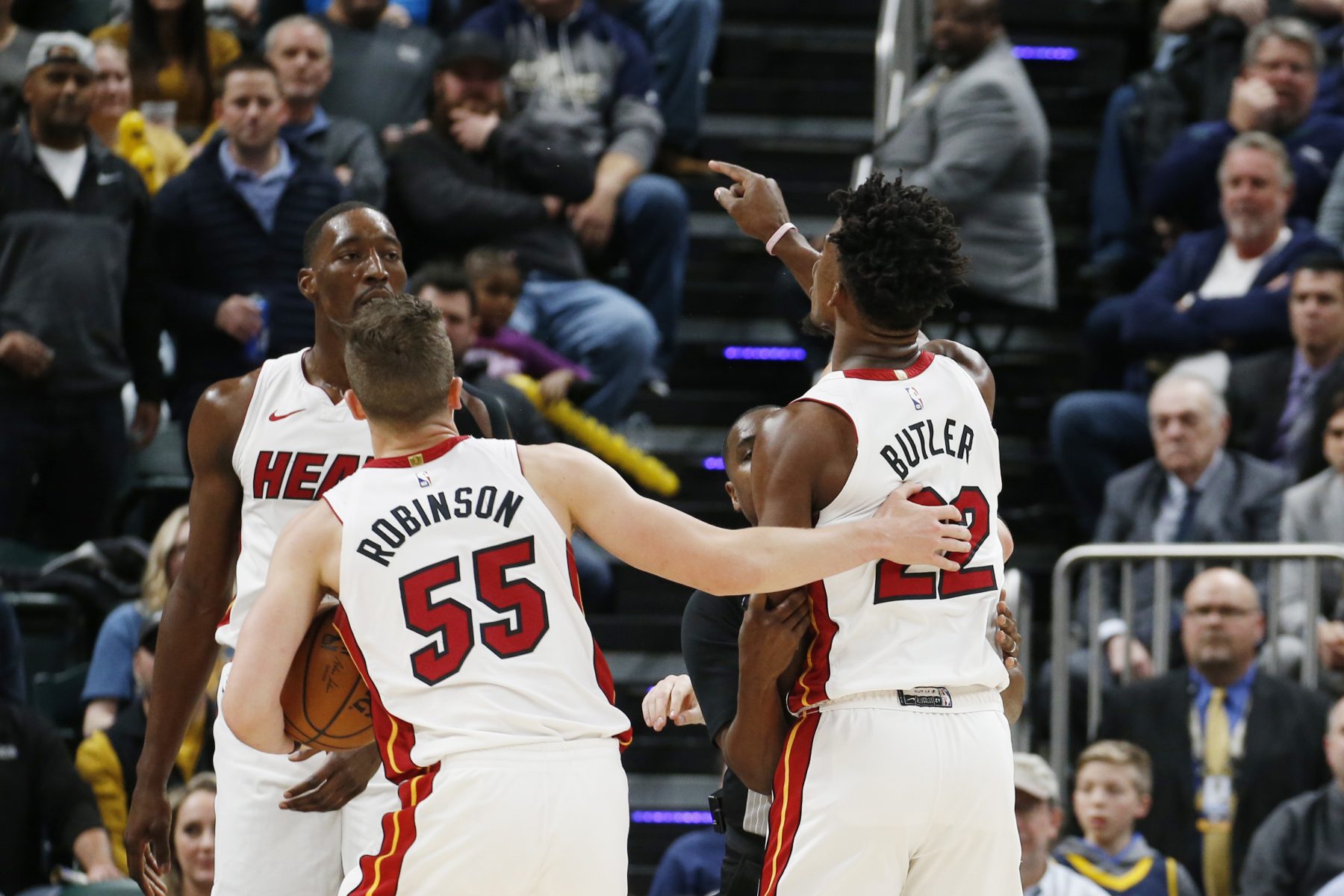 Jimmy Butler and T.J. Warren got into it during Wednesday night’s game between the Miami Heat and Indiana Pacers.

While the Heat dominated the game to a 122-108 victory, Butler wasn’t satisfied.

He took to social media shortly after the game to continue throwing barbs in Warren’s direction.

@t.warren1 don’t be mad you can’t guard me. we will see what you about in March.

Butler is clearly just twisting the knife, but it shouldn’t come as much of a surprise given his infamous competitive streak.

Butler didn’t put up huge numbers in Wednesday’s win, primarily because the Heat were in such clear control of the game as the four-time All-Star only logged 28 minutes in the matchup.

Warren, on the other hand, recorded just three points and four rebounds in 23 minutes of playing time.

As is clear through Butler’s social media activity, he already is looking forward to the next time he can dominate Warren.

For Warren, he’ll likely just try to keep from getting ejected in that future matchup.