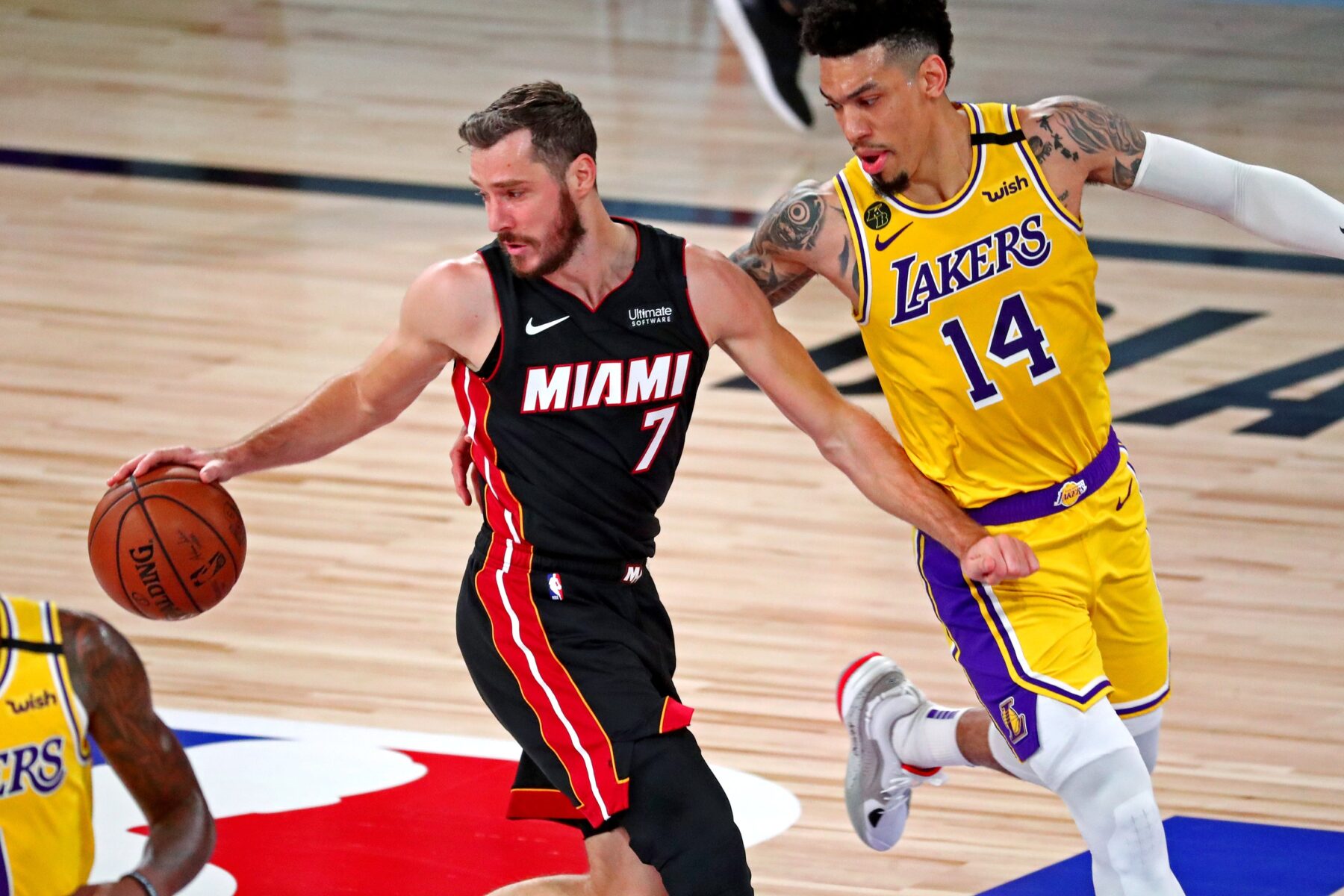 Not only are the Miami Heat down big in Game 1 of the NBA Finals, but it looks like they’ve been dealt a huge blow personnel-wise.

Guard Goran Dragic is likely out for the remainder of the championship series against the Los Angeles Lakers.

I’m hearing Dragic is likely done for the series.

Working to 100% confirm but not looking good from what I’m told.

Can confirm @GregSylvander report that Goran Dragic injury is not promising.

Dragic earlier left the contest due to a left foot injury. He had six points and three assists in 14 minutes in Game 1.

The Slovenian native, who is in his 12th season, has been big for Miami thus far in the playoffs by leading the team in scoring.

If Dragic is indeed out for the remainder of the Finals, the Heat will not only lose a big-time scorer but also one of their main facilitators.