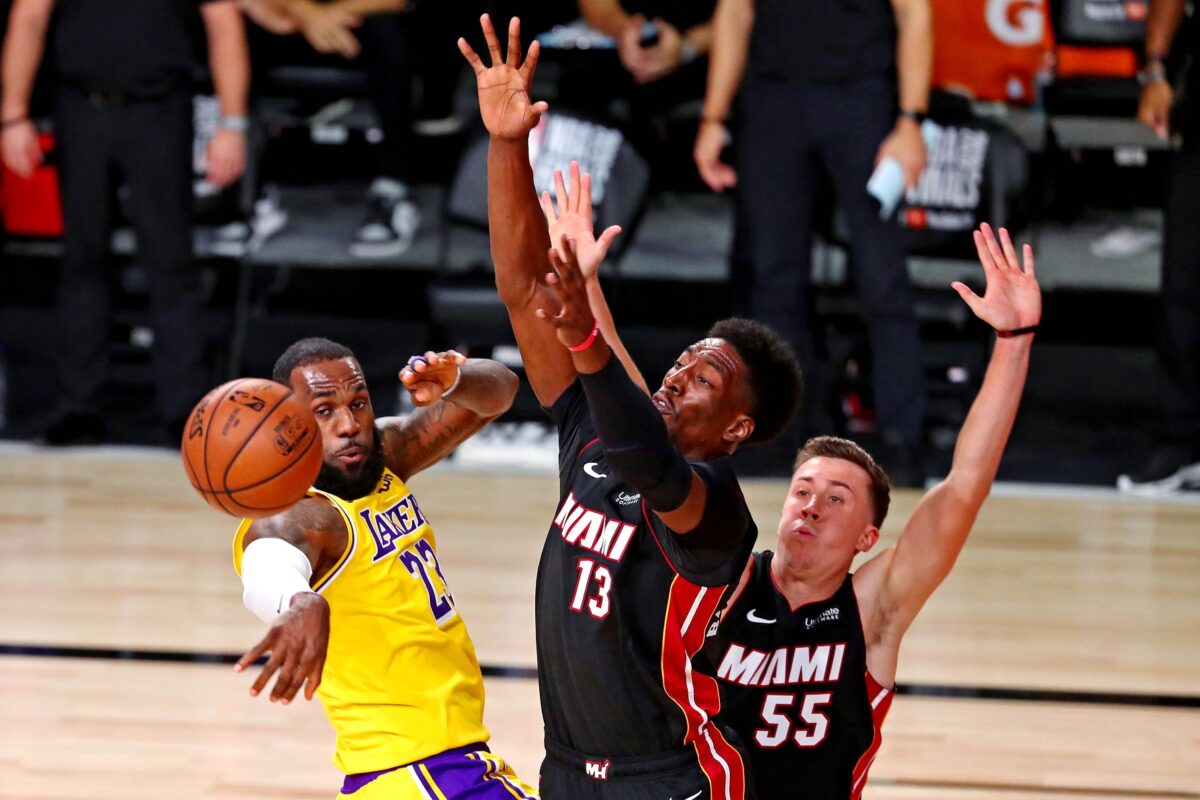 Game 1 of the NBA Finals did not go as planned for the Miami Heat.

Along with the Los Angeles Lakers playing at an elite level on Wednesday night leading to a blowout win, the Heat is now dealing with numerous injuries.

One of the more devastating blows for Miami in Game 1 was Bam Adebayo suffering a shoulder injury.

The injury was seemingly reaggravated from the Eastern Conference finals, and it resulted in the promising young player being sidelined for the rest of the game.

Adebayo has been crucial to Miami’s success in the NBA bubble. Although Jimmy Butler gets a lot of credit for the team’s success as the current face of the franchise, Adebayo has been arguably Miami’s best all-around player in the postseason.

Along with a major injury concern with Adebayo moving forward, the Heat also lost Goran Dragic to a foot injury. Butler also came up limping during Game 1 after rolling his ankle during a drive the basket against Lakers star Anthony Davis.

Although it appears Adebayo’s injury may be something he can bounce back from, it will only make things tougher for this resilient team, especially if Dragic and Butler are also dealing with injuries that will limit their play moving forward.