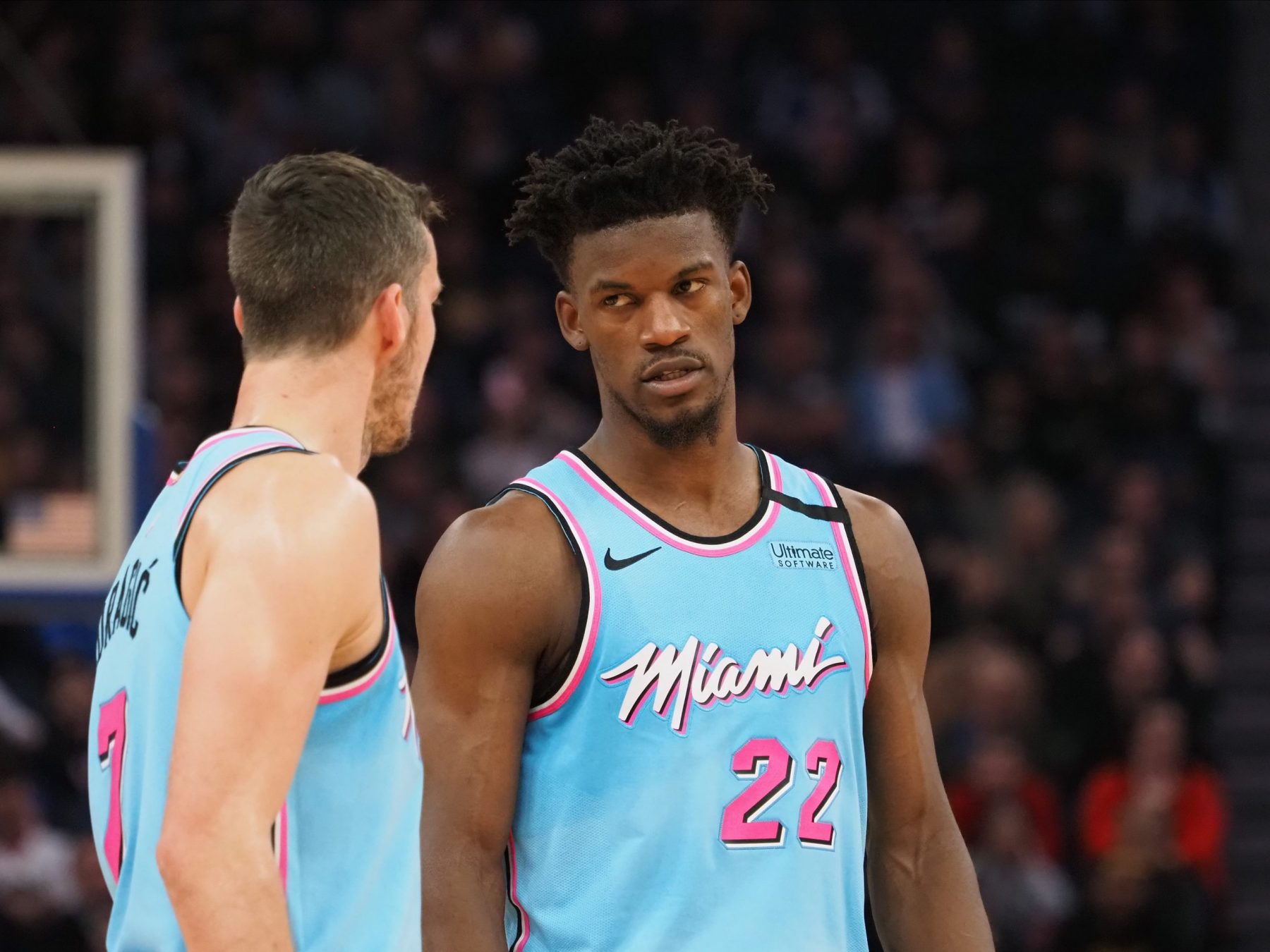 There are many people who hate the fire and brimstone leadership style of Miami Heat star Jimmy Butler, or simply don’t understand it.

However, according to teammate Goran Dragic, the Marquette University product’s personality has greatly helped the team.

“He’s one of my favorite teammates and for me, I even talked to some guys,” said Dragic while on The Woj Pod. “How did it even come out in the media or the players that Jimmy’s a bad guy or this? I don’t know. If I’m honest, I really don’t know. He wants to win.”

Earlier in Butler’s career, his tendency to confront teammates and call out weaknesses rubbed people the wrong way. While playing for the Minnesota Timberwolves, Karl-Anthony Towns and Andrew Wiggins had issues with Butler for criticizing their supposed lack of toughness and dedication.

The Miami Heat, however, have built a championship culture over the years that’s based on keeping it real. It all flows from team president Pat Riley, who always pushed players well past their comfort zone during his days as a head coach.

Adrian Wojnarowski posed the question of whether Butler just needed the right environment for his style of leadership to work to Dragic.

“Yes, big part,” replied Dragic. “You’re right on the money with that Woj. It’s exactly what you said. Spo wants [confrontation]. If you feel something, you need to get off your chest. You need to tell a player in his face. It’s not [an] argument. You tell him, you accept it and you move on, and that’s how you’re dealing with those situations, and Jim is one of those players that he’s going to call you out. If you’re not doing your job he’s going to call you out, and as professional players we need that. He’s our leader. Everybody knows that. There is nothing personal, that he’s here to win and we are here to win, and maybe in other organizations with those young fellows, they couldn’t handle it.”

This could very well be the best team Butler has played on so far in his career, or at least since his rookie season with the Chicago Bulls.

The Heat are in fifth place in the Eastern Conference and seem to have at least a puncher’s chance of getting to the NBA Finals for the first time in six years.

Butler’s play and personality are the biggest reasons why.