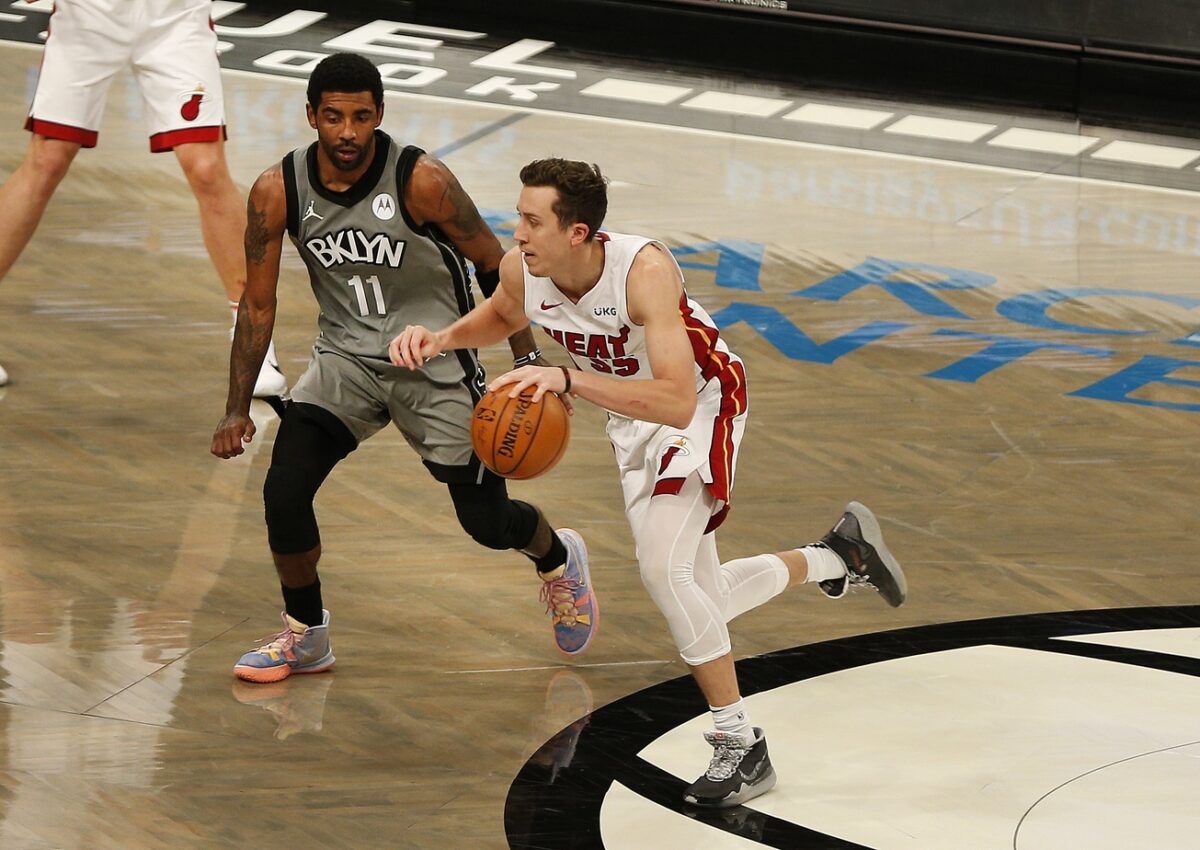 Duncan Robinson is in his third NBA season as a member of the Miami Heat, with the shooting guard noting that his continued development as a player now makes him more than just a “one-trick pony.”

Robinson’s numbers this season in the areas close to the rim and for midrange jumpers have jumped considerably, and he’s focused on greater diversification of his overall game.

“I feel like I’ve improved and expanded and just become more difficult to guard in that respect, not just being as much of a one-trick pony,” Robinson said. “Obviously, my 3-point shooting and spacing is always going to be my calling card. But the more I can diversify, the more effective I can be.”

Coming out of the University of Michigan, Robinson went undrafted before being signed to a two-way contract by the Heat in 2018.

During the 2018-19 season with the Heat, Robinson saw limited time on the court, with most of the shots he attempted coming from beyond the arc.

Robinson became more integral to the Heat last season and helped the Heat reach the NBA Finals for the first time in six years. After struggling with his 3-point shot as a rookie, Robinson knocked down 44.6 percent of his 3-pointers over the course of the interrupted campaign.

The Heat are trying to get back into the postseason and avoid being relegated to the play-in contests, which means that Robinson’s efforts down the stretch could very well determine where the Heat end up.