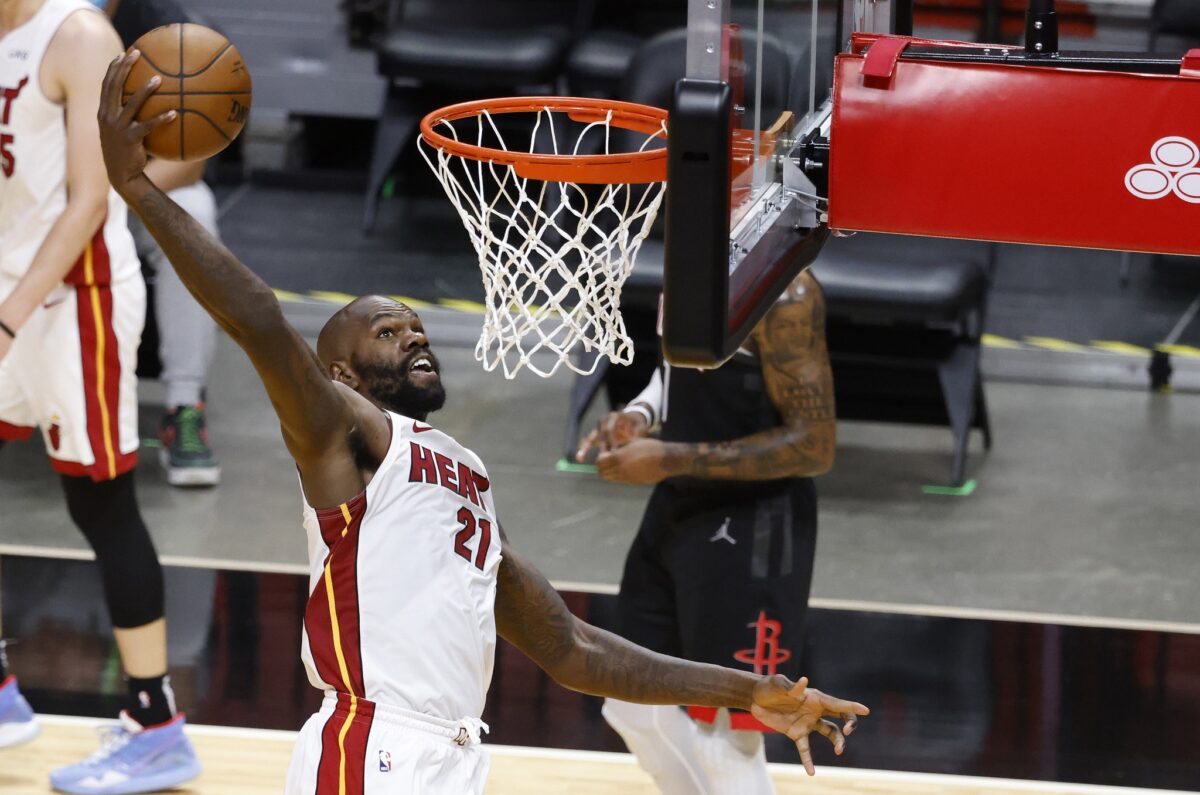 Miami Heat big man Dewayne Dedmon had a monster performance in the team’s 116-111 win over the San Antonio Spurs on Wednesday night.

Dedmon finished with 18 points and nine rebounds in the game, and he earned some major praise from star Jimmy Butler following the win.

“He plays incredibly hard. He’s unselfish. He takes all the right shots,” Butler said. “We probably want him to shoot the ball a little bit more, especially on that pick-and-pop. But he’s a pro’s pro. He comes in. He stars in his role. And he’s not handed anything.

“I think he’s earned every trip up and down the floor and every minute that he’s been given.”

The win improved Miami to 33-30 on the season, and it now has the same record as the Boston Celtics as it tries to move into a better playoff position in the Eastern Conference.

Since joining the Heat, Dedmon has appeared in eight games and has played 13.4 minutes per game this season.

He is averaging 8.4 points and 5.9 rebounds while shooting an astounding 74.3 percent from the field.

His play has helped Miami fix its frontcourt issues, and Dedmon could play a big role in the postseason as he continues to impress Butler and company.

Dewayne DedmonFeaturedjimmy butlermiami heatNews Ticker
← Previous Story Dewayne Dedmon speaks out on his breakout performance vs. Spurs: ‘I emptied the tank’
Next Story → Jimmy Butler admits he and Erik Spoelstra got into ‘little predicament’ during recent Miami Heat win