Miami Heat vs. Dallas Mavericks Game Recap: A Bump in the Road 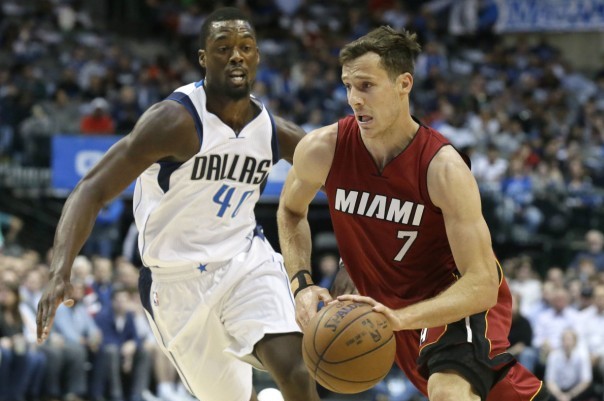 The loss was a rarity for the Heat following their recent success, as they came into Monday’s contest white-hot with 16 victories in their last 18 contests.

“We faced a team that’s extremely mentally tough,” Heat head coach Erik Spoelstra said after the game. “We crawled, scratched and clawed to get that five-point lead, but we gave up an easy bucket and then coming out of a timeout, we had a delay of game. We just didn’t get clean looks after that. We’ve shown so much more poise going down the stretch offensively than we did tonight. Their defense had a lot to say about that and force us into some tough situations with their pressure.”

Mavs shooting guard Seth Curry, who is the younger brother of two-time reigning NBA MVP Stephen Curry of the Golden State Warriors, was an absolute monster on offense to the dismay of the Heat.

In 36 minutes, Curry went off for a game-high 29 points, including an impressive 10-of-17 shots made from the field, 5-of-7 from behind the arc and a perfect 4-of-4 from the free-throw line.

Dallas small forward Harrison Barnes, who was acquired over the offseason from the Warriors, was the only other Mavs player to finish in double figures with 24 points and four rebounds.

For the Heat, point guard Goran Dragic added another great game in a Miami uniform to his resume, as he finished with a team-high 24 points, six assists, five boards and three steals.

“We feel like the whole game, we didn’t play well on defense. It was more of a pickup game. We didn’t use our main key, trying to be more hungry and play good defense. They were more physical tonight than we were,” Dragic said.

In another terrific performance in a losing effort, Miami star center Hassan Whiteside went off for 19 points, a whopping 19 rebounds and one blocked shot.

Despite the loss, Whiteside is confident he and his teammates will quickly bounce back:

“We dropped this one, but let’s get back home. We’ve got a nice home stretch, so let’s focus on Philly,” an optimistic Whiteside said after the loss.

Up next, the Heat will head back home on Wednesday night to host the Philadelphia 76ers (22-37) at American Airlines Arena. The contest, which is scheduled to tip off shortly after 7:30 p.m. ET, will be broadcast live locally on Fox Sports Sun.
[xyz-ihs snippet=”Responsive-ImagenText”]