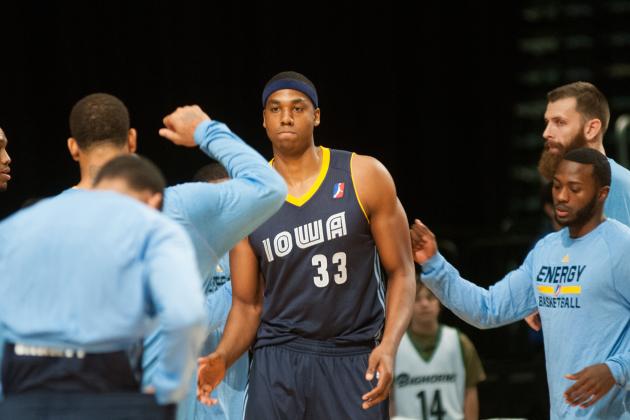 Less than three months after being signed by the Heat, Brown was waived to make room for center Hassan Whiteside. The 6’4″ shooting guard appeared in five games for the Heat this season, and averaged four points in 17.8 minutes per action. He had started the Heat’s previous game versus the Charlotte Hornets on Sunday night, but posted a scoreless stat line in 17 minutes of playing time.

In nine NBA seasons, Brown has played with eight different teams. He was expected to be the primary backup shooting guard behind Dwyane Wade, but Mario Chalmers’ strong play off of the bench at shooting guard led to the veteran guard being dispensable.

Brown’s contract was non-guaranteed, as is rookie Andre Dawkins‘ contract. The Heat elected to keep Dawkins instead of the journeyman guard.

Whiteside hasn’t appeared in an NBA game since the 2011-12 season. Originally drafted No. 33 overall by the Sacramento Kings in the 2010 NBA Draft, the 7-foot center had been playing with the Iowa Energy of the NBA Development League. In Whitside’s most recent game, which was against the Heat’s D-League affiliate, Sioux Falls Skyforce, he posted 24 points on 11-of-12 shooting with 16 rebounds and four blocks.

In 19 career games, the center has averages of 1.5 points and 2.1 rebounds per game.

With Chris Andersen sidelined due to a sprained ankle, Whiteside figures to be play a role in the Heat’s rotation in the coming games.
[xyz-ihs snippet=”Responsive-Ad”]