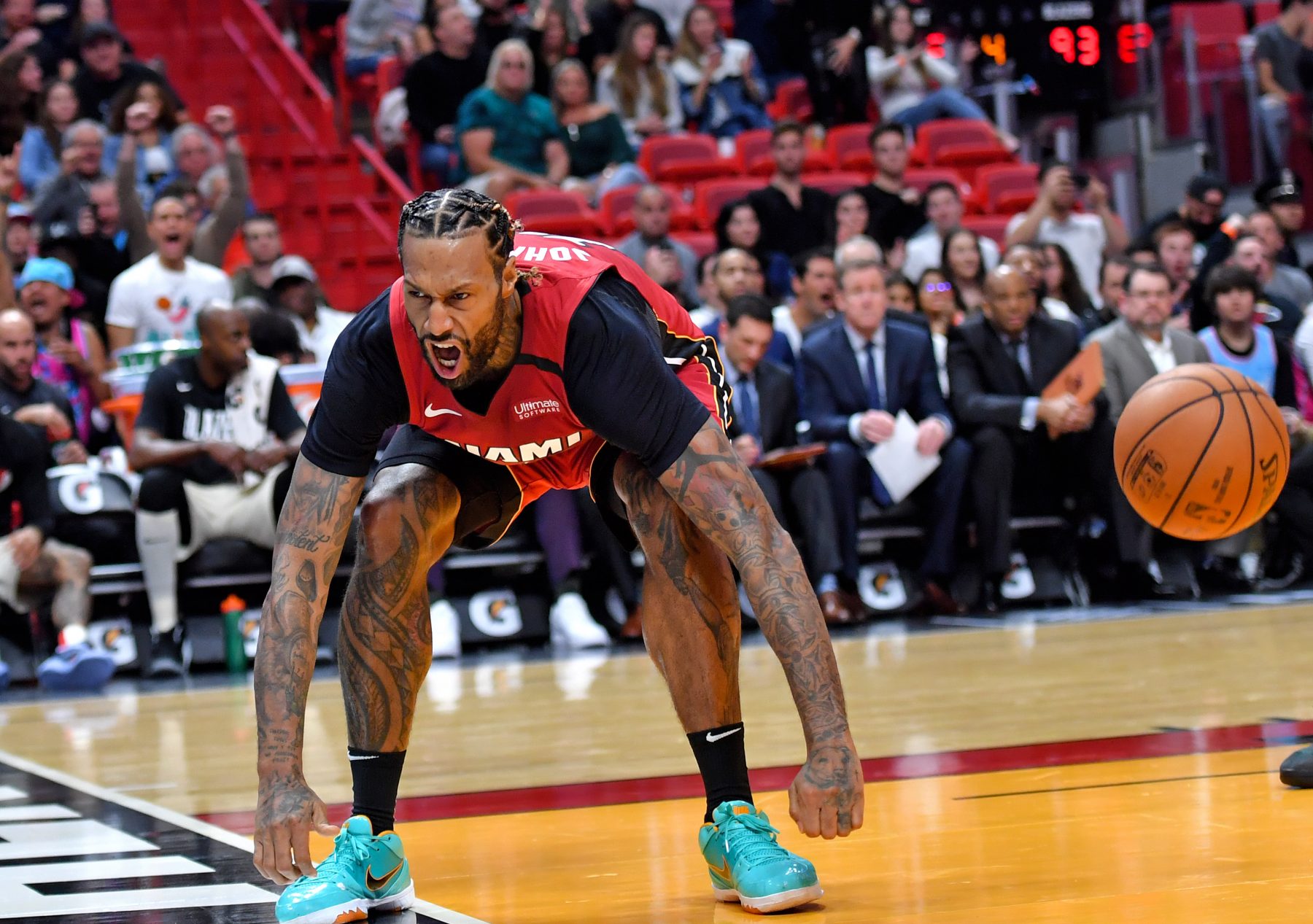 Many assumed that Riley was attempting to clear the air after what has been a disastrous start to the season for both veterans.

Now, Johnson has revealed details about what was said during that confidential meeting.

“It was just the three of us,” said Johnson. “It was heartfelt, all encouragement. He’s got our back. That meeting was one of our new leaf-turners. It was an eye opener but also a relief.”

In regards to playing time, Johnson made it clear that Riley didn’t promise any minutes to either of them.

“It’s not up to him to assure minutes,” said Johnson. “He reassured that we’re a part of this team, and that feels good.”

Johnson’s season started with him not meeting the conditioning requirements set by the Heat for the start of training camp. After a brief absence from the team, the Wake Forest University product eventually rejoined the Heat on Oct. 11.

As for Waiters, he has been suspended three different times, for a total a total of 17 games, this season. He has yet to appear in a game this season.

Johnson hasn’t seen that much playing time in the 2019-20 campaign, only appearing in seven games. In those games he’s averaged 4.6 points and 2.4 rebounds in 12.9 minutes.

It will be interesting to see if Johnson receives a consistent amount of minutes in the upcoming games.

Waiters also has two years left on his contract, but he holds no player option for next season.