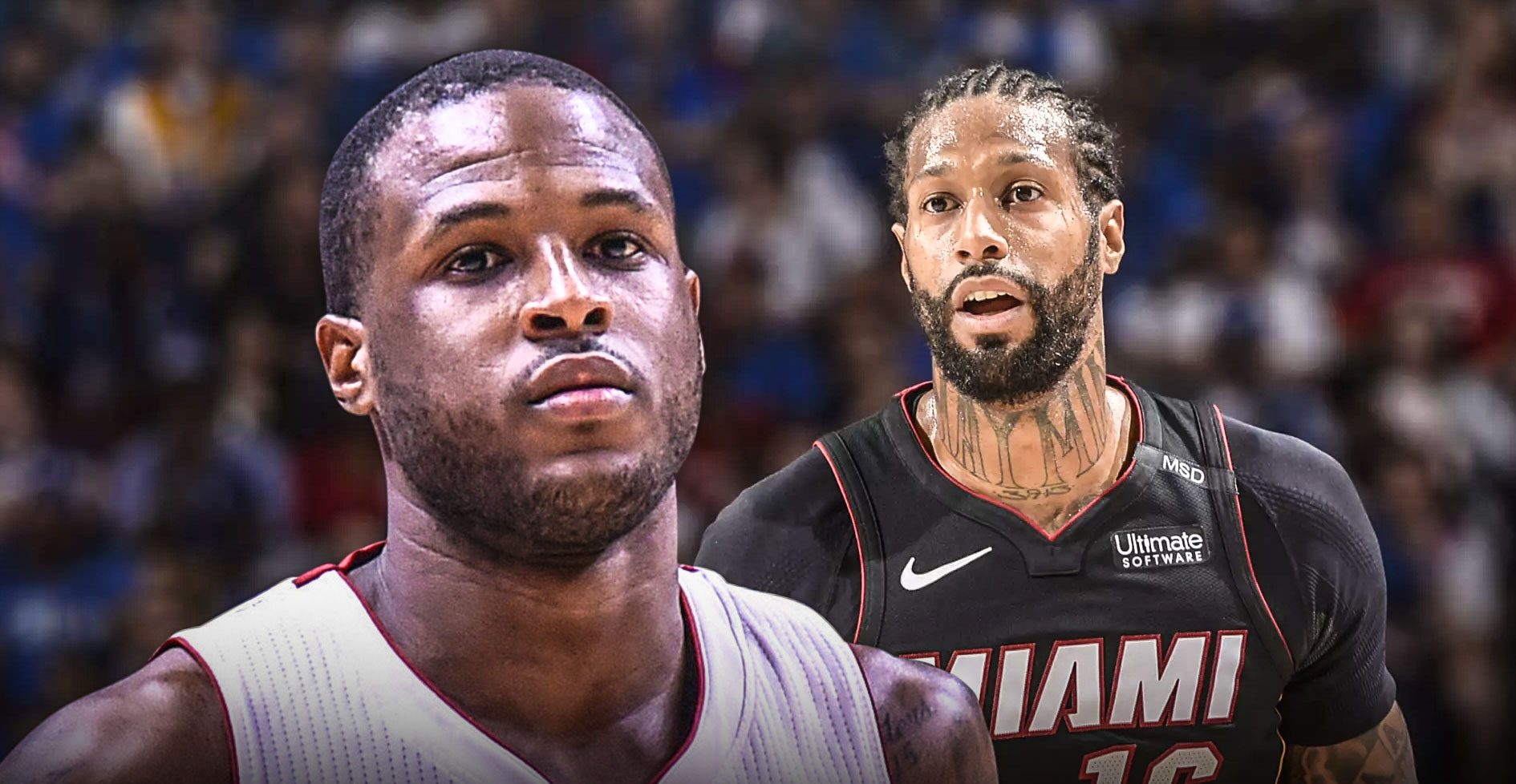 Both Dion Waiters and James Johnson have dealt with their own drama between themselves and the Miami Heat this season.

Luckily, that drama may be headed to a peaceful resolution after the two players reportedly met with Heat team president Pat Riley recently.

According to The Athletic’s Shams Charania, Riley met with the two disgruntled Heat players to work things out despite their past issues.

“Heat president Pat Riley met with guard Dion Waiters and forward James Johnson recently and addressed both, making it clear that the team hopes for a fresh start and wants both to reintegrate themselves as part of the team, league sources say,” Charania wrote. “Miami has not closed the door on Waiters playing again for them, according to those sources. Waiters has been suspended three different times this season by the Heat and has had a tumultuous season. Johnson has also missed time this season, being away from the team for what was termed as ‘personal reasons.’”

Waiters’ career is reportedly believed to be in jeopardy as his three suspensions and behavioral issues have caused him to miss the entire 2019-20 season so far.

He is also purportedly unwilling to budge regarding his terms in a potential buyout.

Meanwhile, Johnson failed to meet the Heat’s conditioning requirements to begin the season and he hasn’t played since Nov. 27. He has appeared in only six games this season, averaging a mere 3.3 points in 11.3 minutes per game.

If Riley’s reported meeting with Waiters and Johnson proves to be successful, the two could contribute mightily to the Heat’s chances of making the postseason by season’s end.