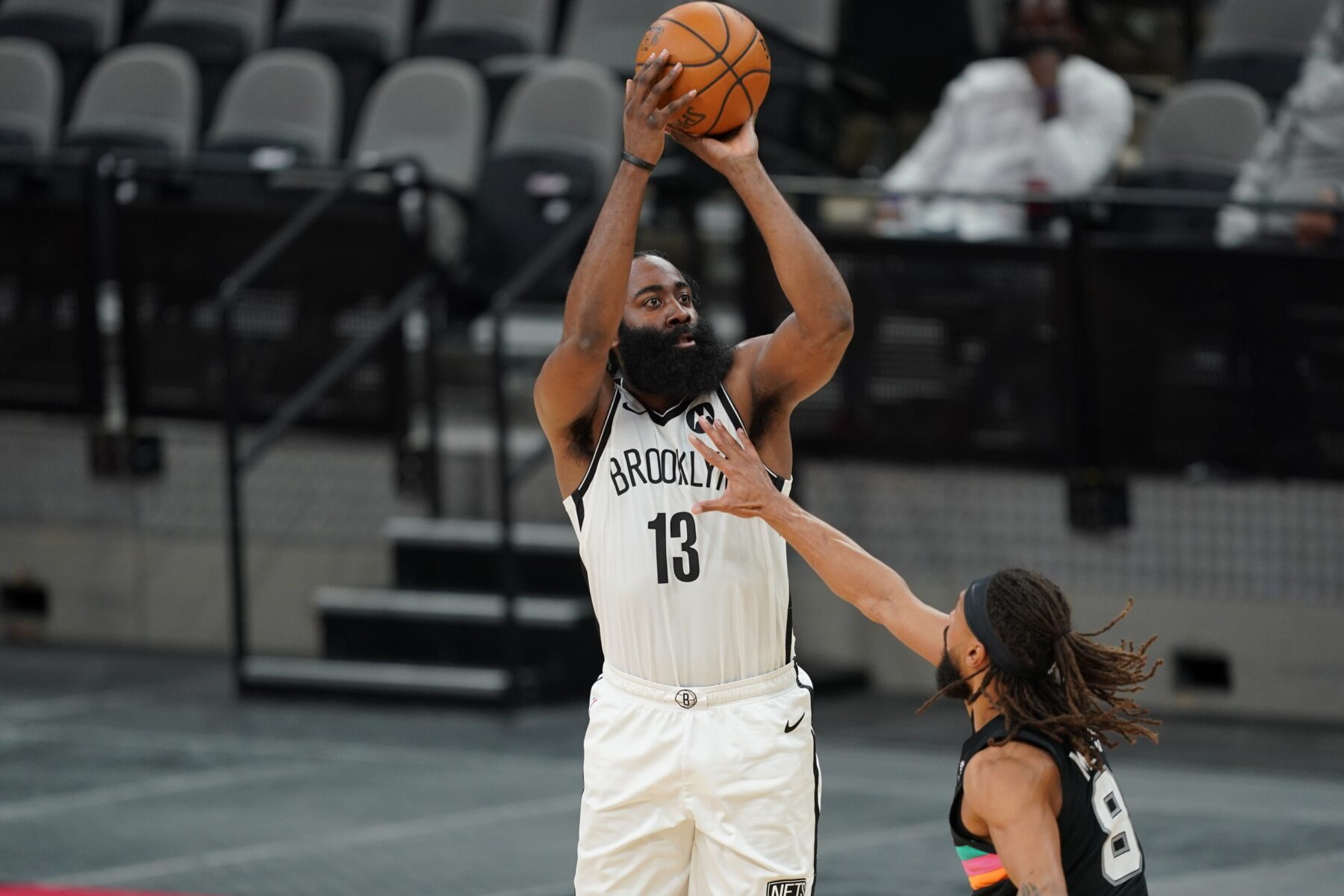 James Harden on Antoine Walker criticizing his style of play: “Stuff like that I don’t pay attention to, especially somebody that has no credibility.”

Harden, who was dealt to the Nets in January, offered the dismissive response during a media session at NBA All-Star Weekend in Atlanta.

That remark came after comments by Walker during his recent appearance on the “All Things Covered” podcast, in which he indicated that Harden’s style doesn’t lay the groundwork for a championship run.

“I don’t think you can win with his style,” Walker said. “Any time it takes a guy six, seven, eight dribbles to get to where he has to go, that’s a problem. It works today because it’s more of a pick-and-roll league, so he gets away with a lot of things now, but I would not leverage my future for James Harden.”

Walker played 12 seasons in the NBA, most of them as a member of the Boston Celtics. The Celtics’ legacy of team-oriented championships as well as Walker’s supporting role as a member of the title-winning Heat team in 2006 are the basis for his criticism of Harden’s approach.

During Harden’s NBA career, his teams have only once reached the NBA Finals, and that effort resulted in the Heat winning their second title in franchise history in 2012.

Those postseason struggles by Harden have taken place despite his Hall-of-Fame worthy averages of 25.2 points, 6.5 assists, 5.4 rebounds and 1.6 steals per game.

Harden would be able to counter Walker’s criticism if he and the Nets are able to win this season’s NBA title. At the All-Star break, the Nets are 24-13, one-half game behind the Philadelphia 76ers for the best record in the Eastern Conference.