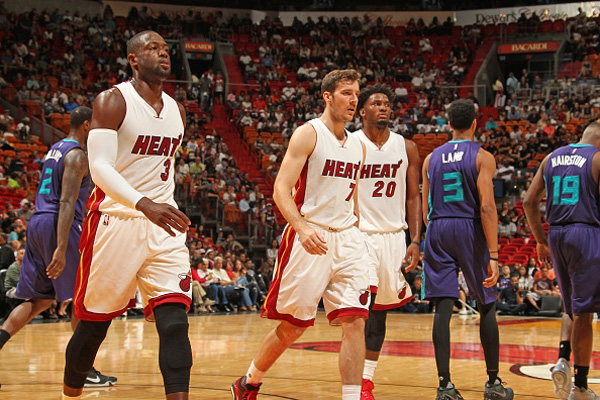 After completing a blowout victory over the Cleveland Cavaliers last Saturday, the Miami Heat stood tall with the Eastern Conference’s best record.

That was then, and this is now.

The Heat have now lost three straight games and are seventh in the East with a 12-9 record. Although it remains early in the NBA season, if Miami loses to the Memphis Grizzlies on Sunday night, they could fall out of the top eight altogether.

While that may not be cause for concern in December, that will be an issue by the time the season gets to April. According to ESPN.com offshoot FiveThirtyEight, the Heat are projected to finish with a record of 39-43. The projection gives Miami a 44 percent chance of making the playoffs. It is based on a formula that runs 10,000 simulations of the season and takes into consideration: travel distance, fatigue and altitude.

Based upon the site’s projections, the Heat would finish 10th in the East, clearly outside of the pecking order for a postseason berth.

For those that aren’t aware, the Heat have played a favorable schedule thus far. They have played the least amount of road games of any team in the NBA, and have played just seven squads that made the postseason last year.

Considering this year’s squad was predicted by most to be among the elite teams in the Eastern Conference, that type of finish would clearly be a disappointment for the Heat.
[xyz-ihs snippet=”Responsive-Ad”]