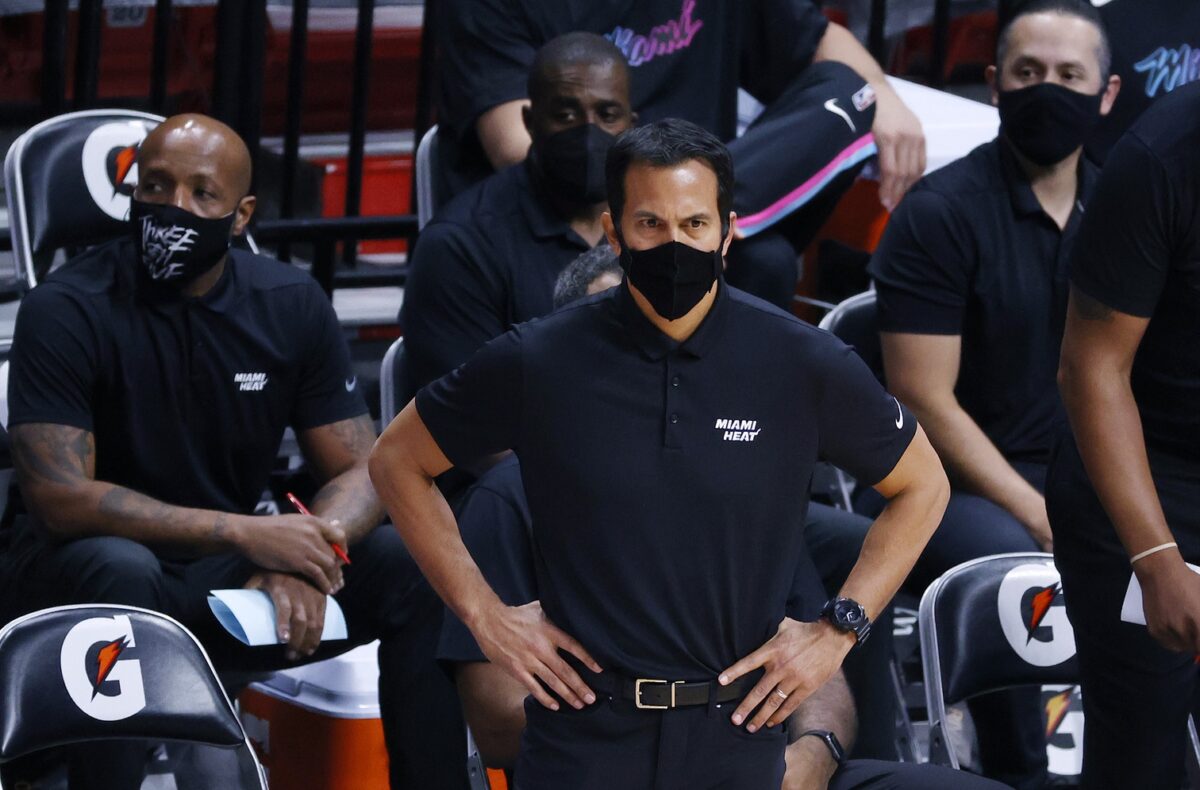 On Tuesday, a man went on a shooting spree in the Atlanta area and killed eight people, most of whom were women of Asian descent.

It has sparked a discussion around the nation about hate crimes against Asian-Americans that some say has been needed for a long time.

Erik Spoelstra, "Look, I'm Asian-American. I'm proud to be Asian-American and seeing what's happening with another outright form of racism and hatred really is sickening. It breaks my heart."

Ever since the novel coronavirus, which is believed to have originated in Wuhan, China, started spreading early last year, there has been a dramatic increase in hate crimes towards Asian-Americans.

Spoelstra’s mother is originally from the Philippines. This made him the first Asian-American head coach in the history of the four major pro sports leagues in North America when he got the job in 2008.

Other members of the Heat community have shown solidarity with the Asian-American community in the wake of the shooting in the Atlanta area.

Team legend Dwyane Wade tweeted a powerful statement condemning the recent hate crimes against people of Asian descent and asked for an end to these unacceptable incidents.