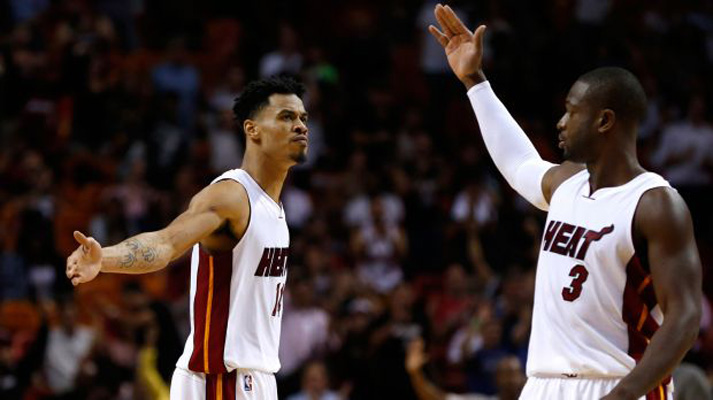 It’s no secret that Gerald Green has made a conscious effort to improve his defense this season.

While the swingman has been known for scoring throughout his NBA career, it’s been his defense that has caught his teammates’ attention early on this season. The statistics back up the notion that Green has improved on the defensive end. The 29-year-old stressed that confidence is the reason why he’s a legitimate two-way player for the first time in his career:

“Confidence is everything in basketball. I just have a lot of confidence on (offense), and now defensively I’m getting confidence.”

Green states that the Miami Heat have had a positive effect on his development on the defensive end due to encouragement from the organization:

“I’m playing more. Last year, I didn’t really play that much and then when I did play, I was guarding guys that wasn’t efficient. This year they’ve got me on the best players, so I’ve taken the challenge. They give me confidence and they encourage me so much to go out and do it. I’ve never been encouraged to play defense with any other team I’ve been on. Never been.”

Green is currently playing 26.2 minutes per game in a logjam at the small forward and shooting guard positions, which also includes Dwyane Wade, Tyler Johnson, Justise Winslow and Luol Deng.

If Green is to continue to be a featured member of the rotation, he’ll have to keep up his defensive intensity for the entire season— there aren’t many head coaches in the NBA who stress defense more than Erik Spoelstra.

As long as Green continues to be a defensive force, the Heat should continue to remain one of the top teams in the Eastern Conference.
[xyz-ihs snippet=”Responsive-Ad”]