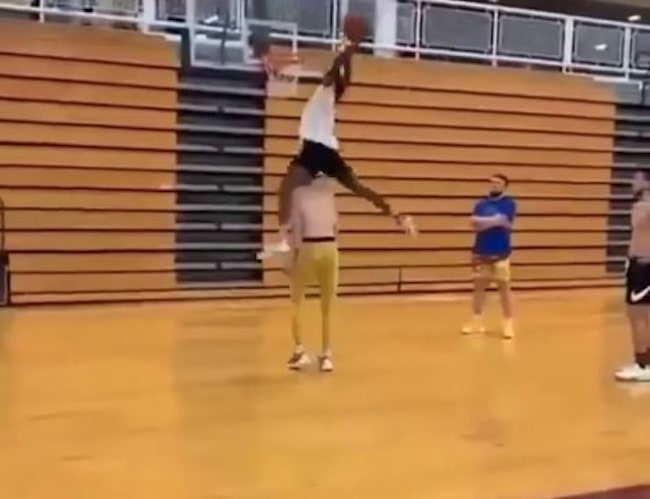 Miami Heat legend Dwyane Wade’s son, Zaire, recently showed off an impressive dunk where he jumped over a grown man to complete a nasty dunk.

The impressive dunk led the Heat icon to say the younger Wade has officially portrayed the family hops. 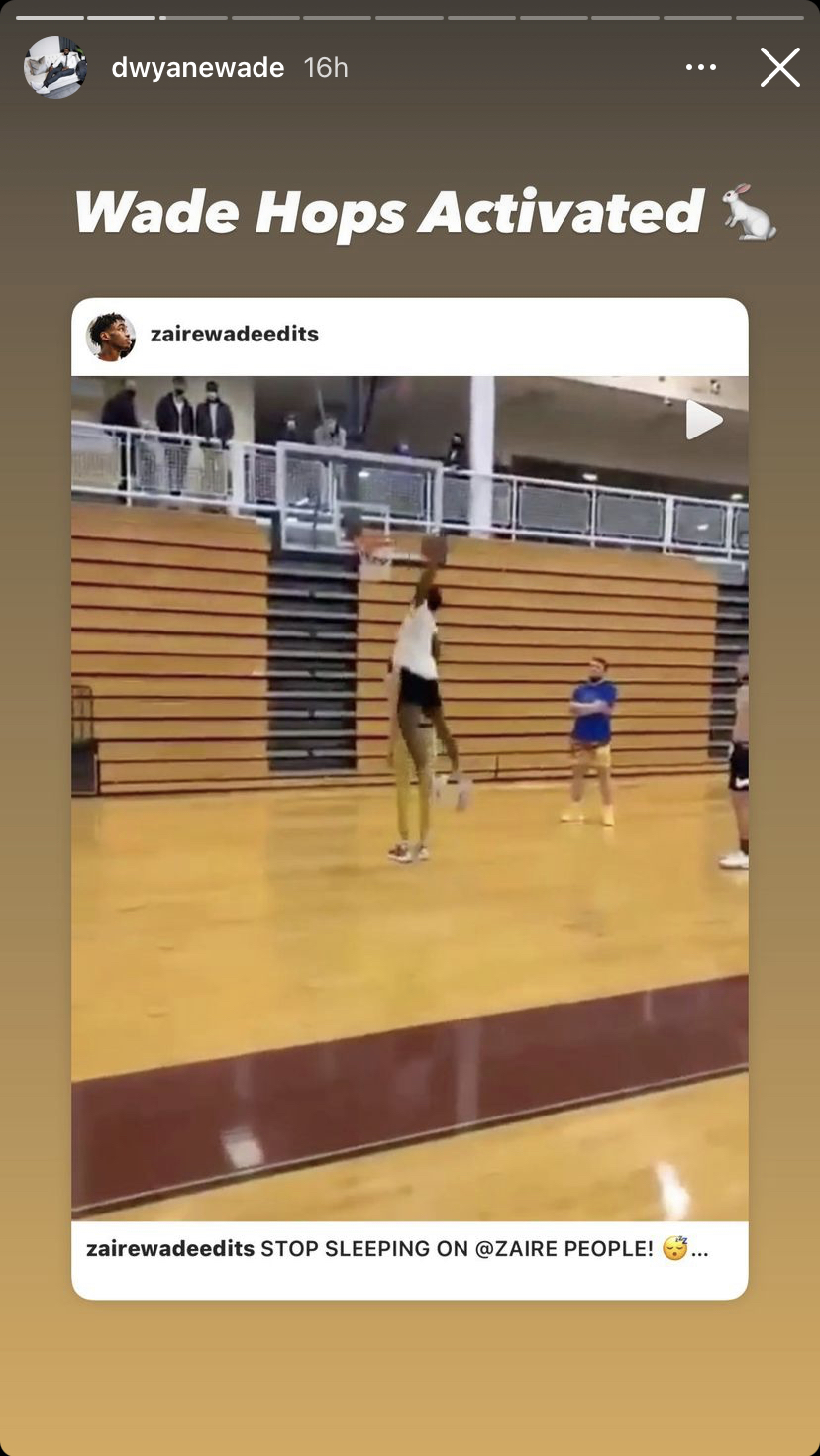 The elder Wade retired from the NBA in 2019.

Although the three-time champion is no longer playing in the league, he has been busy molding a championship resume off the court. As a matter of fact, the elder Wade recently became a part owner of the Utah Jazz.

Yet, the elder Wade’s most impressive feat may come if his son makes it to the NBA. The younger Wade has practiced with NBA players and been in heated sessions with his father.

The younger Wade is playing at Brewster Academy in Wolfeboro, N.H.