Don't Miss
Home / Videos / Video: Dwyane Wade and his son Zaire talk trash to each other in insane game of 1-on-1

Video: Dwyane Wade and his son Zaire talk trash to each other in insane game of 1-on-1 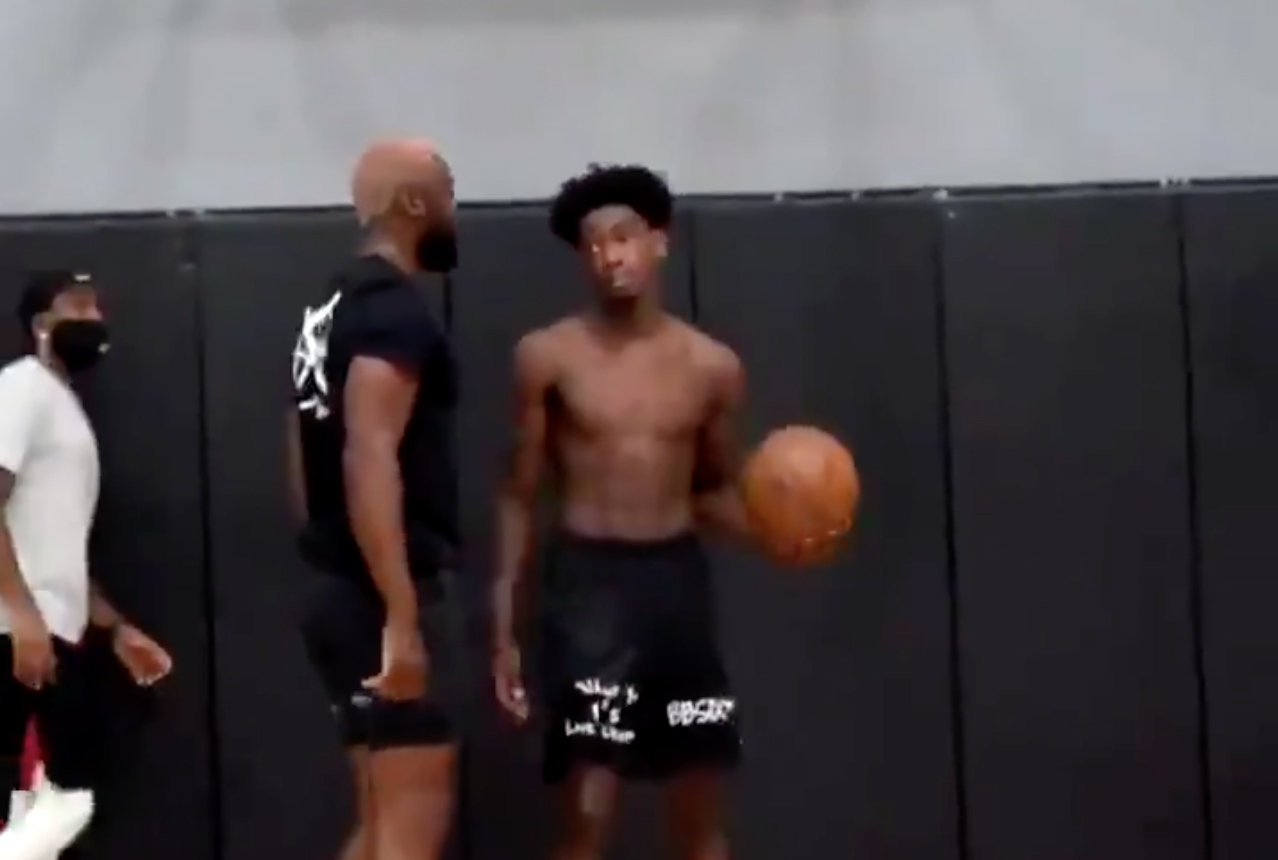 Miami Heat legend Dwyane Wade’s son Zaire is a rising high school basketball star, but he still has a ways to go before getting to his dad’s lofty heights.

The two engaged in a competitive game of one-on-one, and the elder Wade appeared to have his way with his son.

D. Wade and Zaire going at it in an intense game of 1-on-1. 😳 pic.twitter.com/G4zhh6AstI

Time after time, the elder Wade got the ball against the younger Wade in the paint and scored against him with little trouble.

The younger Wade is now 18 years of age. Last season, he played at Sierra Canyon School in the San Fernando Valley along with Bronny James, the talented son of former Heat superstar LeBron James.

The younger Wade is now playing for Brewster Academy, an independent boarding school in the state of New Hampshire. He has gotten some offers from some Division I schools, but as of now, he’s undecided when it comes to where he wants to play college ball.