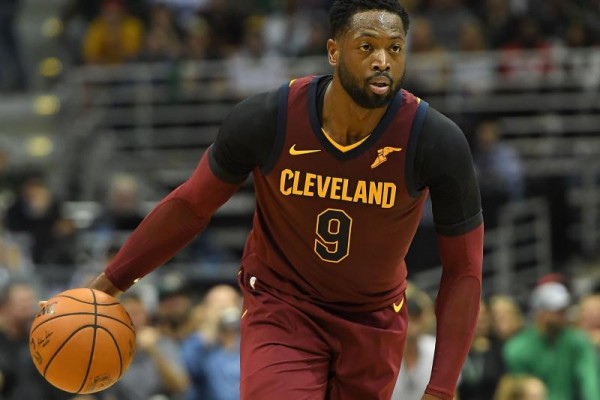 While many of Dwyane Wade‘s former teammates attempted to recruit him back to the Miami Heat when he was granted a contract buyout from the Chicago Bulls last offseason, it had seemed that perhaps he still held a grudge against his former team. That may have played a role in why the three-time NBA champ ultimately decided to sign with the Cleveland Cavaliers, but now it seems he has managed to to let bygones be bygones.

Before the Heat’s matchup against the Cavs last week, the 12-time NBA All-Star made it clear that he didn’t feel the need to stick it to his former squad.

Dwyane Wade told me last week that playing Miami wasn't a big deal anymore. "I'm passed that," he said. Well, from his play in Chicago tonight, he clearly wanted to stick it to the Bulls for changing course & rebuilding after giving him a big payday to come home

Despite a slow start in Cleveland, Wade has managed to find his groove as of late and is playing at a very high level. In Miami’s loss to the Cavs back on Nov. 28, Wade finished with 17 points, five rebounds, and four assists in just 28 minutes of play.

It hasn’t been easy to see Wade suit up in a Cavs jersey this season, but it is hard to root against the man who brought so much joy to the Miami faithful throughout the years.

When Wade decided to leave the Heat back in 2016, there were doubts that both parties would ever be able to reconcile their differences. However, it seems that Wade has managed to do just that. Hopefully, the Heat are able to move on as well so they can welcome Wade back with open arms when the time comes.
[xyz-ihs snippet=”HN-300×250-TextnImage”]