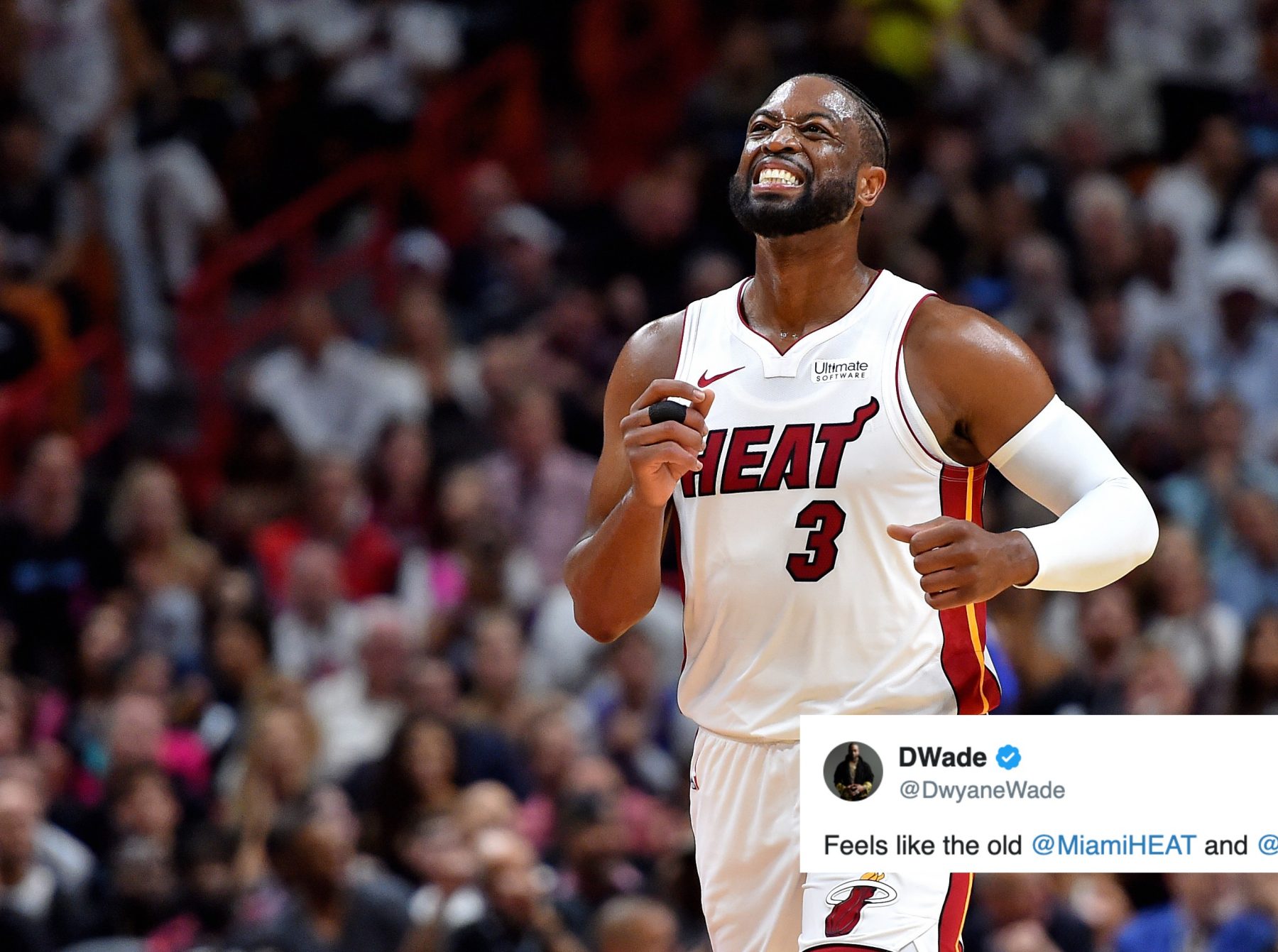 Things got a little physical in the Miami Heat’s dominant win over the Indiana Pacers on Wednesday.

One person who loved the old-school display was Heat legend Dwyane Wade. The three-time champion took to Twitter shortly after the Heat’s 122-108 victory to express his approval.

The main storyline that came out of Wednesday’s game revolved around the ejection of Pacers forward T.J. Warren.

It all started when Warren and Heat star Jimmy Butler got into a bit of a scuffle in the third quarter. Moments later, Butler committed an offensive foul on Warren, leading Warren to aggressively clap his hands in Butler’s face.

That action convinced the game’s officiating team to eject Warren from the game.

Following the victory, Butler slammed Warren both in his postgame interview and on social media.

Considering Wade was instrumental in bringing Butler to Miami, there is no doubt that he is happy to see the four-time All-Star continue the legacy of heated games between Miami and Indiana.