Division II College Star Being Described as Next Dwyane Wade 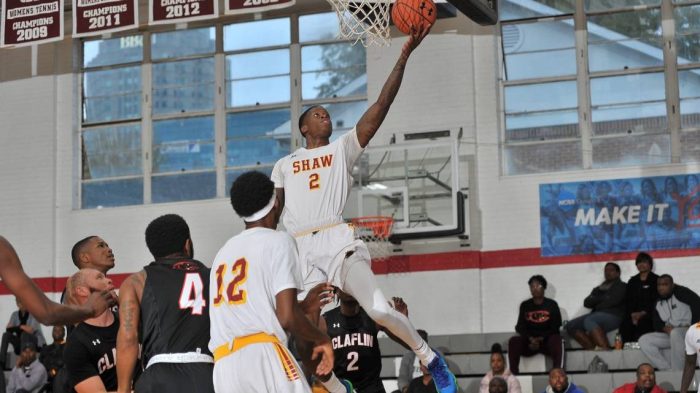 Fans and media love to find a player comparison for every prospect entering the NBA draft.

Amir Hinton is a Division II college star who is currently being compared to Miami Heat legend Dwyane Wade.

Shaw University head coach Joel Hopkins believes that his player, Hinton, looks a lot like Wade when he entered the NBA out of college.

“His mid-range game is so efficient,” Hopkins told Matthew Foley of Bleacher Report. “As a slasher and a scorer, his game is exactly like Dwyane Wade’s coming out of college.”

Hopkins understands what it takes to make it to the NBA. Players like Amar’e Stoudemire, Tracy McGrady, Marquis Daniels, Jarrett Jack and Ronald “Flip” Murray had all worked with Hopkins in the past.

“It was so obvious that he was a pro,” Hopkins says. “It wasn’t just us. No one in the country had an answer for him.”

Standing at 6-foot-5, Hinton is a pure scorer who lit up the Division II scene. He averaged 29.4 points per game during the 2018-19 season. It’s unclear where Hinton will go in the draft, if at all. However, he just might fly up draft boards if he lives up to the Dwyane Wade comparison.
[xyz-ihs snippet=”HN-300×250-TextnImage”]