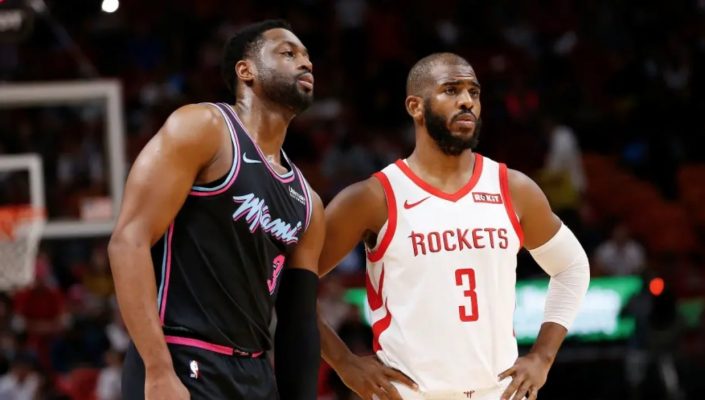 Happy birthday @dwyanewade! #10yearchallenge ain’t got nothing on us.. we turning it into the #oldmanchallenge ?? #Brotherhood

It’s incredible to see how far both future first-ballot Hall of Famers have come in their storied careers. It’s also great to see that their friendship has managed to survive and flourish throughout the years.

With the Heat just past the halfway point of the 2018-19 season, the fact that Wade will only be gracing NBA courts for a few more months is becoming hard to ignore.

From Instagram posts such as this one to jersey exchanges to video tributes to incredible words of admiration and respect, it is clear just how much Wade means not only to the league, but to his fellow players as well.
[xyz-ihs snippet=”HN-300×250-TextnImage”]