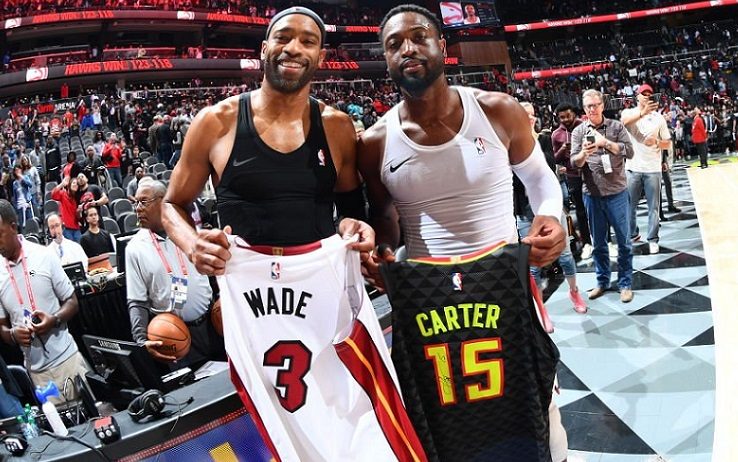 As Dwyane Wade continues his farewell tour, more players and teams around the NBA are expressing their love and gratitude for Wade and all he has done during his career.

During Sunday’s game between the Miami Heat and Atlanta Hawks, fellow NBA legend Vince Carter appeared in a video dedicated to Wade, thanking him for all he’s done for the league.

"It's been a pleasure and an honor to go to battle against you for all these years."

“D. Wade, congratulations on a Hall of Fame, first-ballot career,” Carter said. “You’ve wowed us for many many years. It’s been a pleasure and an honor to go to battle against you for all these years. You deserve everything every accolade, everything that’s coming your way you deserve. I hope you enjoy retirement. I’m going to miss you, brother.”

Here’s hoping that Wade will go out with quite a few fireworks before he finally hangs it up for good.
[xyz-ihs snippet=”HN-300×250-TextnImage”]