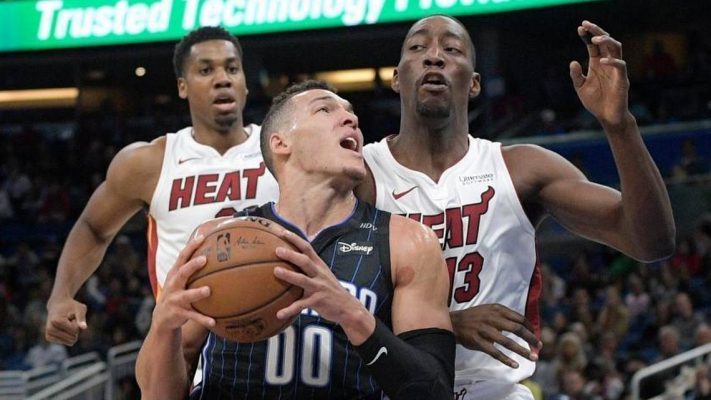 Add Bam Adebayo to the growing list of Miami Heat players poking fun at Hassan Whiteside and his “we got shooters” comment from earlier this month.

Whiteside posted a video on Monday of a scrimmage where he was seen dominating the competition. Aside from post-up moves, the 7-foot center showcased a 3-point shooting touch that is rarely seen in his game.

That likely inspired him to add the hashtag #WeGotshooters in his caption.

Perhaps to tease his former Heat teammate, Adebayo mimicked the phrase in the post’s comments section. Whether it was meant as a playful jab or a shot at Whiteside remains to be seen. But this isn’t the first time that Whiteside has heard from members of the Heat family regarding his previous comment. 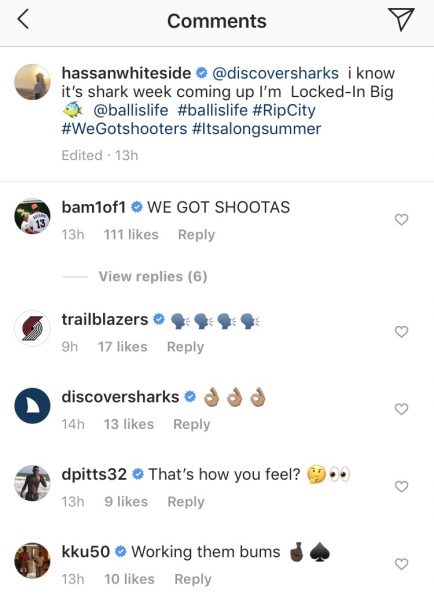 Yesterday, Heat rookie Tyler Herro captioned one of his tweets with the phrase while showing off his 3-point shooting ability during a training session.

Newly acquired Meyers Leonard is also quite the shooter himself with a career 38.5 percent 3-point shooting percentage. However, it was Leonard’s wife Elle who threw shade at Whiteside on Twitter early in July when she shared a video of herself draining several jumpers using Whiteside’s “we got shooters” phrase.

After five seasons in Miami, Whiteside was traded to the Portland Blazers almost as soon as the 2019 free agency season began.