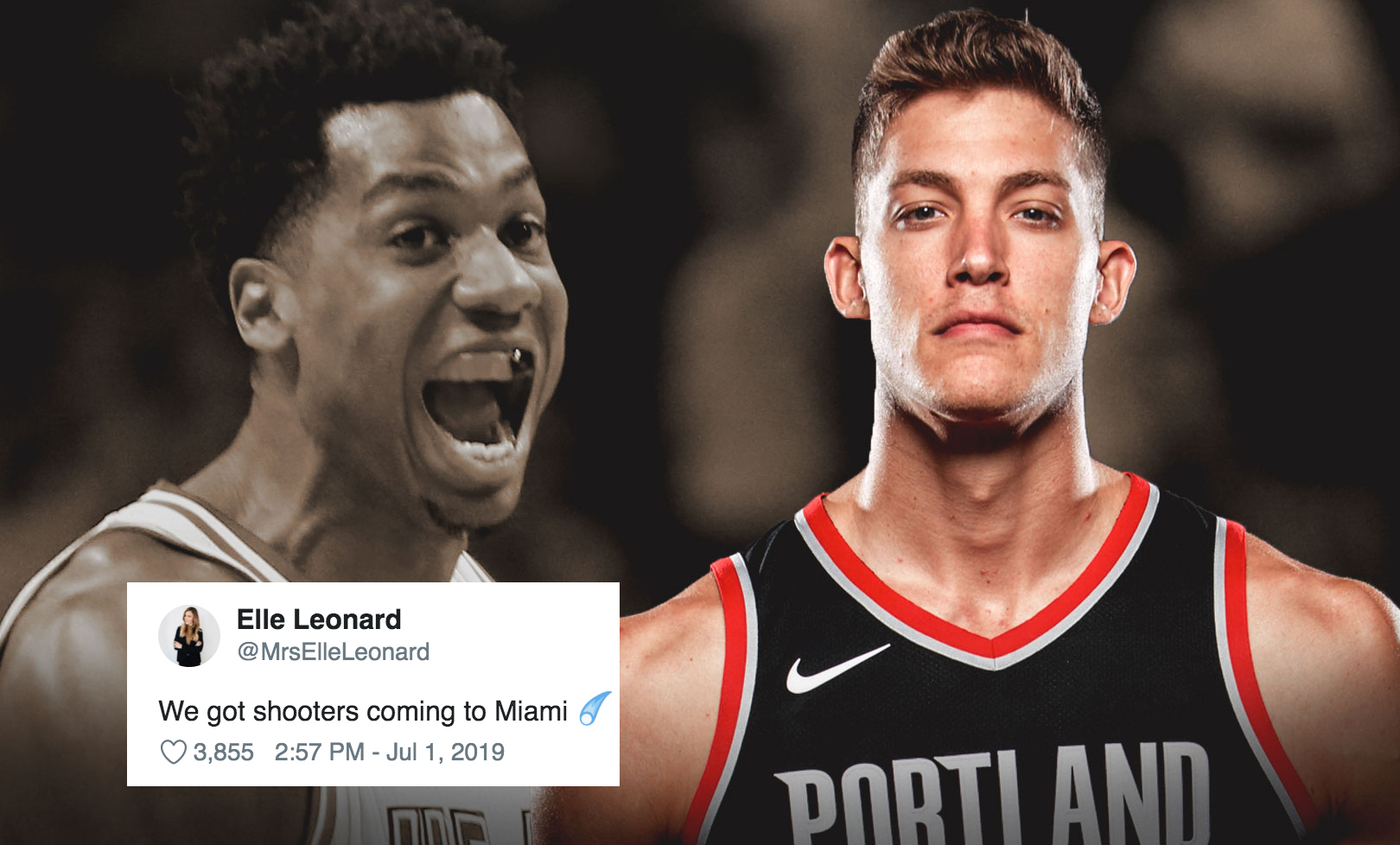 Playing in the NBA is a family affair. As a result, every now and then, players’ wives get involved, especially on social media.

Such is the case with the wife of Meyers Leonard, who was traded to the Miami Heat recently.

Former Heat center Hassan Whiteside was one of the players that was shipped out, going to the Portland Trail Blazers to bolster their frontcourt.

He then shared an Instagram story after the trade to say how happy he was. One reason for his cheerfulness, apparently, is the number of shooters that he will have on his new team.

Elle Leonard took a shot at Whiteside’s statement by going on Twitter to show a video of herself shooting hoops, draining seven shots in a row and making sure that everyone knew that there were shooters making their way to South Beach as well.

Elle Leonard went to Peoria Notre Dame High School as a starter for four years, recording more than a thousand career points. Needless to say, she was right about shooters coming to Miami, even though she won’t be suiting up for the Heat anytime soon.

Besides, her husband is quite a shooter himself, making 42.4 percent from three-point range in last year’s playoffs.