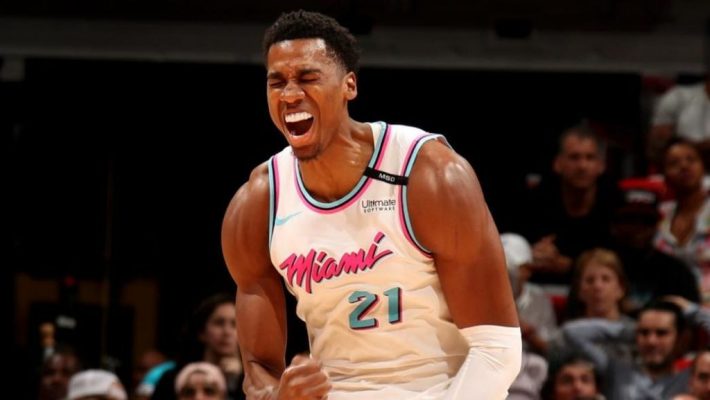 The Miami Heat completed a deal on Monday morning to send center Hassan Whiteside to the Portland Trail Blazers in exchange for swingman Mo Harkless and big man Meyers Leonard.

The trade will save the Heat about $4 million in cap space, but the team still has work to do in order to acquire Jimmy Butler from the Philadelphia 76ers.

Upon hearing news of the trade, Whiteside ecstatically posted to his Instagram account, exclaiming, “We got shooters!” This is likely in reference to his new Blazers teammates in point guard Damian Lillard and shooting guard C.J. McCollum.

Whiteside had been having issues with the team, as he frequently had emotional outbursts both on and off the court. He was eventually benched in numerous fourth quarters in his final season with the Heat, and even lost his starting role in 19 games throughout the campaign.
[xyz-ihs snippet=”HN-300×250-TextnImage”]