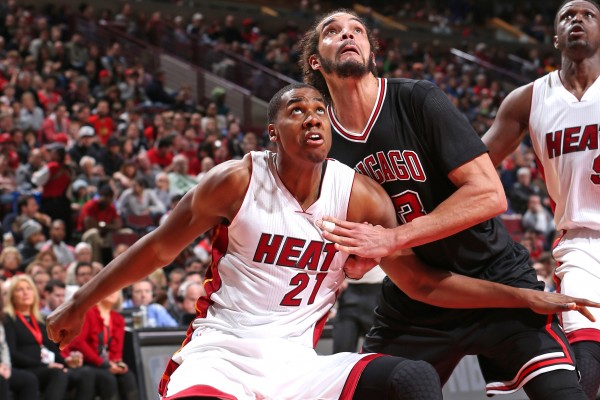 Ask anyone over age 35 what is missing from the modern NBA, and you’ll hear the same answer — bad blood. The days of feuding, cheap shots and in-your-face trash talk have come to an end. In their place, we have supposed “rival” players working out together in the offseason, exchanging friendly pre- and post-game banter, and practicing — gulp — good sportsmanship.

It’s observably true that the current crop of NBA ballers have matured significantly both on and off the court. With media scrutiny at an all-time high, a single public misstep can cost you thousands of fans and potentially millions in endorsement dollars. It also stands to mention that the league itself is lightning quick in doling out major fines for misbehavior.

But a major contributing factor to the recent uptick in gentlemanly behavior that must not be ignored is the drastic changes in style of play. With the exception of grind-it-out teams such as the Memphis Grizzlies or Chicago Bulls, the NBA is trending heavily toward perimeter-based play. With the endless stream of three-pointers and pick-and-rolls speeding up the modern age of basketball, we are being deprived of a major staple of old school basketball — dueling big men.

Enter: Hassan Whiteside. He certainly looks the part of an NBA center. He is just about seven feet tall; not Al Jefferson seven feet, or WWE wrestler seven feet. He’s 83.5 inches tall to be exact, with an unreal 91-inch wingspan. He’s got a 235-pound frame that is big enough to withstand the punishment that comes with the territory of playing the center position but lean enough to keep up with the break-neck pace that is prevalent in today’s game. Add to that his 32-inch vertical leap and he’s got the raw physical tools to be an effective NBA big.

A modern NBA center has the following job description: protect the rim and finish down low. Meager expectations make it more acceptable that Whiteside (like the majority of NBA centers) does not have a well-developed move-set in the post just yet. That said, his stat lines leapt off the page last season. Take for instance his 14 points, 13 rebounds, and 12 blocks against a gritty Bulls team in late January.

The 26-year-old ended his best season ever as a pro, averaging 11 points and 10 rebounds. Most notably, Whiteside blocked an astounding 2.6 shots per game, which would have put him second in the entire league if he had played in more than 70% of the Miami Heat’s games (he played only 48 out of 82).

Given the fading significance of the NBA center, Whiteside’s numbers will likely stay along the same course. We are certainly not headed for any Olajuwon/Robinson-style duels this season. But in Whiteside we may see something else that calls to mind the days of the NBA’s past: fire.

For all the wonderful accomplishments he compiled last season, the young big man also gained something not so desirable — a bad reputation. Whiteside undoubtedly plays with an attitude and is prone to the occasional outburst. Tussling with Alex Len after unleashing a couple of demoralizing dunks on the Phoenix Suns center was a low point of last season.

Some, most notably team captain Dwyane Wade, see this moodiness as a major flaw.

“He’s had enough veteran advice,” Wade said after his fiery young center was ejected from a game against the Boston Celtics for a violent cheapshot on Kelly Olynyk. “We all have our moments, selfish moments. But you can’t continue to keep having them, because you gotta be reliable and you gotta be able to be counted on. And right now, if he continues to act that way then he’s not reliable.”

Despite the scolding words from Wade, Whiteside’s rowdiness might also be what makes him such a unique presence in the league. It helps more than it hurts at the center position. A little attitude has been missing from the painted area for a long time, and it’s something that Heat fans have come to expect from their big men (see: Alonzo Mourning).

Playing to prove that he can be a consistent force in the league (and also for what promises to be an incredibly lucrative new contract), if Whiteside can learn to harness his aggression properly he will make the American Airlines Center a miserable outing for opposing teams.
[xyz-ihs snippet=”Responsive-Ad”]