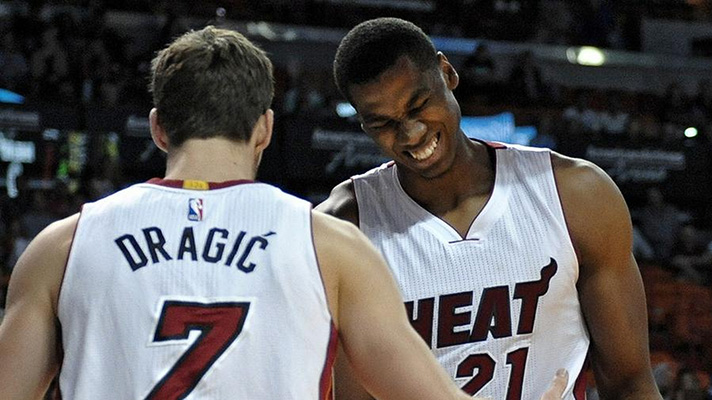 As the Miami Heat close out the 2014-15 regular season looking to clinch a playoff berth, they will have to start looking toward the future very soon.

While the Heat have the opportunity to clinch a playoff berth for the seventh consecutive season, they most likely won’t be making a fifth consecutive trip to the NBA Finals this season.

This club has been decimated by injuries and chemistry issues since the season began. Season-ending injuries to two starters in Chris Bosh and Josh McRoberts combined with a midseason trade that led to a roster overhaul have led to Miami just battling to be in the postseason tournament this time around.

It’s clear the Heat aren’t championship contenders. However, that doesn’t mean this season has been a lost cause.

For all of the mediocrity Heat Nation has had to endure from their team this year, this season has marked two major events—the emergence of Hassan Whiteside and the acquisition of Goran Dragic.

Both players have had major impacts in an otherwise uneventful season. While both Whiteside and Dragic have failed to push the Heat as championship contenders, they have demonstrated that they are both key pieces for the future of the franchise.

Despite being an unknown when he was signed as a street free agent in late November of last year, the 7-foot center has emerged as the NBA’s biggest surprise this season. Whiteside has already notched four 20-plus rebound games so far this season and is slowly improving his offensive game. It’s clear he can be the Heat’s starting center for at least the next half-decade. 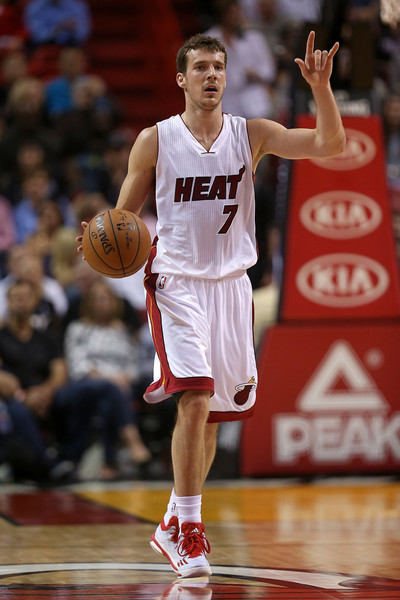 Dragic is a true point guard capable of doing damage on the fast break. His ability to penetrate the paint while putting pressure on defenses on the fast break is second-to-none. Miami has lacked a true playmaking point guard since the days of Jason Williams nearly a decade ago. Dragic represents a ball distributor capable of keeping Dwyane Wade fresh by bringing the ball up the court.

The problem is both of these players aren’t locked up long term. In the case of Whiteside, he will be a free agent during the 2016 offseason. Dragic possesses a player option for next season, but has already stated he will opt to become a free agent in 2015. However, the point guard has made it very clear he wishes to be back with the Heat for next season and beyond.

While the team’s record would indicate that Pat Riley and the organization should head in a different direction, the record does not paint a clear picture. The Heat have used a franchise-record 30 different starting lineups so far this season.

Think about that for a second. 30 different starting lineups in 75 games.

That is how unstable the roster has been for the entire duration of the 2014-15 season.

Both Whiteside and Dragic have done their parts in their short stays thus far with the Heat.

The 25-year-old center is averaging a near double-double with 11.2 points, 9.7 rebounds and 2.5 blocks per game. His 26.40 PER ranks sixth in the entire league. This isn’t even factoring in that Whiteside began his tenure with the Heat playing only a few minutes per game. That alone drags his per game averages down.

In 20 contests since being acquired at the trade deadline from the Phoenix Suns, Dragic has averaged 16.1 PPG and 5.5 assists per game on .504 shooting from the field.

Wade echoed how Dragic fits in with what the Heat is looking for in a point guard for the long-term:

“I think he fits with what we want to build and what we want to do in the future. Personality-wise, I think he fits. I believe so, but that’s not my call. But I know the front office did a great job doing their homework before they made the move and they wouldn’t have made it if they didn’t think he was a long-term fit for us.”

Before the acquisition of Goran, the Heat were one of the slower-paced teams in the NBA, ranking 30th in the league in terms of pace. Fast forward to less than two months after the seven-year point guard was acquired, and Miami now ranks 10th in the league in that same category.

To demonstrate even further how the offense has improved drastically since the Slovenian arrived in the Miami, the Heat have improved from 29th in the league (8.5) in fast-break points to 11th (14.4) during that time frame.

Before Bosh was ruled out for the remainder of the season due to bloods clot in his lung back in February, the Heat had envisioned a starting lineup of Whiteside, Bosh, Luol Deng, Wade and Dragic.

Assuming Miami is able to lock up Dragic long-term during the 2015 offseason, that should become a reality during the 2015-16 season. Bosh is locked up for four more years after this season, while Whiteside, Deng and Wade are each signed into next season.

Rather than go in a different direction and bring in big-name free agents such as a Rajon Rondo, the Heat are better off keeping things stable. We have yet to see what a lineup featuring the likes of Whiteside, Bosh, Wade and Dragic is capable of.

Whiteside is just entering the prime of his career while Dragic is in the midst of it. Each of these two players compliment Wade perfectly and the lineup should only get better once Bosh returns fully healthy entering the 2015-16 season.

The No. 1 objective during the 2015 offseason will be to sign Dragic to a long-term contract. Ditto for the 2016 offseason with Whiteside.

The Heat have a bright future ahead of themselves. They just have to make sure they lock up a couple of pieces to ensure that hope becomes a reality.
[xyz-ihs snippet=”Responsive-Ad”]