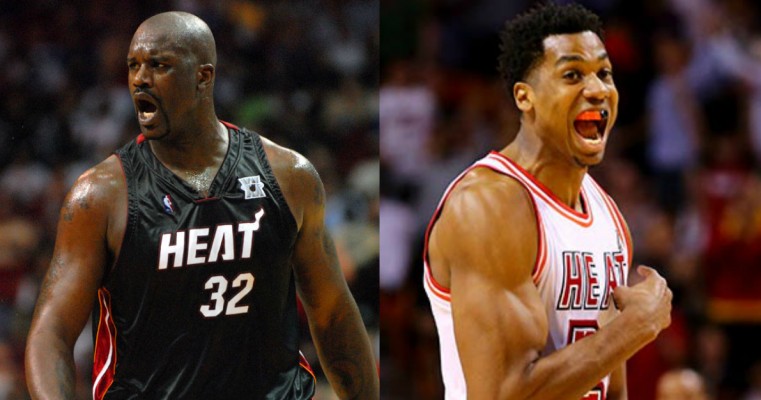 The Miami Heat knew that if they were going to win Game 5 on Tuesday night, everyone was going to have to leave it all on the court.

Some players put in strong performances on the offensive side of the court, others stepped up on the defensive side. One person who barely made an impact on either side was Heat center Hassan Whiteside.

The mercurial big man put in a dismal performance in the must-win game, and now he’s hearing it from former Heat center Shaquille O’Neal.

“When you’re a big man and you make statements like, ‘I’m not getting the ball, I’m not doing this,’ you know, your statements are heard. However, if you don’t want people to turn on you, you gotta make the right plays,” O’Neal said as he broke down some of Whiteside’s tape from the game. “Follow the damn ball, man! Follow the ball! Act like you want it. It makes me mad watching this kid play.”

Whiteside finished the night with just two points and five rebounds in 10 minutes of uninspired play. It was the fourth time in the five-game series that he failed to reach double-digit point and rebound totals.

Now, with the 2017-18 campaign officially in the rearview, it is clear that the Heat front office will have to decide what they want to with their talented, but undependable big man. While he still has two more seasons on his current deal, it is quite possible that we have seen his final game in a Miami uniform.
[xyz-ihs snippet=”HN-300×250-TextnImage”]