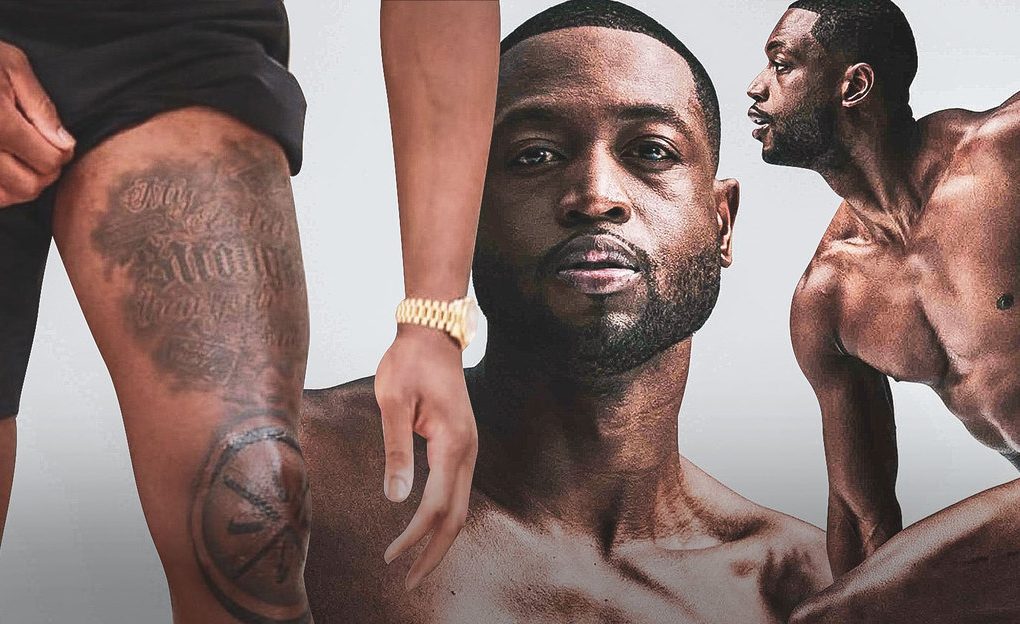 Miami Heat icon Dwyane Wade was known for keeping his body clear of tattoos for much of his playing career.

As a matter of fact, the first time he got inked was right before playing his final season in the league.

Currently, Wade has three known tattoos, with each of them carrying a special meaning for the NBA legend.

Wade went under the needle for the first time in 2018 to celebrate the birth of his daughter with Gabrielle Union. While on tour in China, he decided to have his daughter’s name, Kaavia James, plastered across his shoulders.

“My belief is STRONGER than your doubt!” @dwyanewade

Wade got his second tattoo after his retirement from the league. Written on his left thigh is the quote, “My belief is stronger than your doubt.”

Included in the design are street signs that feature places of significance for the three-time NBA champion.

59th St. in Robbins, Ill., a tough suburb in Chicago, is where Wade grew up. He played two years of college basketball at Marquette University.

This thing that we call life is so precious and in a blink of an eye it can all change. So while i have the ability to smile, cry, laugh, pray and love I’m gonna do just that and I’m gonna do all these things with so much love, passion and intensity that at times it will hurt. I’m OK with that. That’s life. Thank you my god for these 37 years on earth and heres to more 🥂 😊 😢 😂 ❤️ 🙏🏾 ‼️#MyLifeMyway

Wade revealed his third tattoo last year. It appears right below his previous tattoo and shows the Way of Wade logo.

The retired shooting guard even joked that the logo cannot be changed anymore since it has already been permanently inked on his left knee.