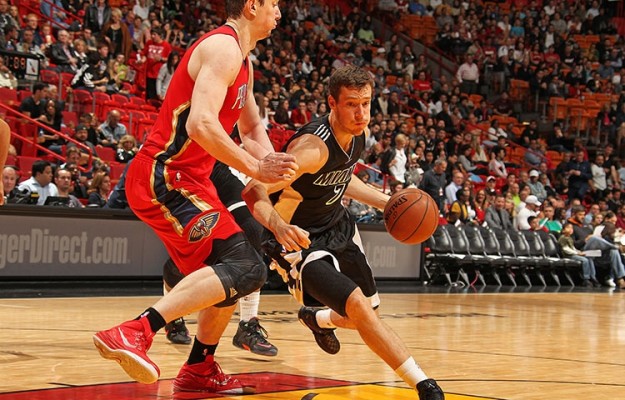 When the Miami Heat acquired point guard Goran Dragic from the Phoenix Suns right before the trade deadline this past Thursday, one word popped into mind—genius.

Pat Riley, who has spent 20 years within the Heat organization, has made countless moves that have made the Heat contenders over the last two decades. Riley was the mastermind behind the trades that brought Alonzo Mourning, Shaquille O’Neal and Tim Hardaway to Miami. In more recent memory, the signings of LeBron James and Chris Bosh brought the Heat two championships.

Now, Riley has brought another name to South Beach—that would be none other than Dragic.

While it remains to be seen how long the 28-year-old will remain with the Heat, there is little doubt about his actual ability on the court. The Slovenian point guard was a third team All-NBA selection last season after posting averages of 20.3 points and 5.9 assists per game. He shot a scorching 50.5 percent from the field and 40.8 percent from beyond the arc.

Although Dragic’s numbers have been down this season while splitting the backcourt with former teammates Eric Bledsoe and Isaiah Thomas in Phoenix, he is still converting on 50.1 percent of his shots from the field.

The Heat had envisioned a projected starting lineup of Dragic, Dwyane Wade, Luol Deng, Bosh and Hassan Whiteside after acquiring the point guard at the trade deadline. But those hopes will have to wait as it was recently announced that Bosh would miss the rest of the season due to blood clots on one of his lungs.

Despite Miami missing CB for the rest of the year, here are five reasons why Dragic makes the Heat contenders in the East in 2015:

1. Stability at the Point Guard Position

It isn’t farfetched to say that the Heat had the worst play at the point guard position of any team in the NBA during the first half of the season.

Miami experimented with Norris Cole at PG to start the season, before shifting to Mario Chalmers and then giving Shabazz Napier a short run as the starter. None of these players proved to be the answer to the Heat’s woes at the position.

Now the team will have a legit playmaker to play alongside Wade in the backcourt. Dragic possesses it all—efficient shooting, ability to make teammates better, and he’s a dangerous scorer capable of carrying the offensive workload.

Simply put, that is a significant upgrade over Cole, Chalmers and Napier.

Coach Erik Spoelstra had the following to say in regards to his new weapon at the point guard slot, ”The players will ultimately tell us, but this man right here has an incredible energy, a real battery that we want to utilize.”