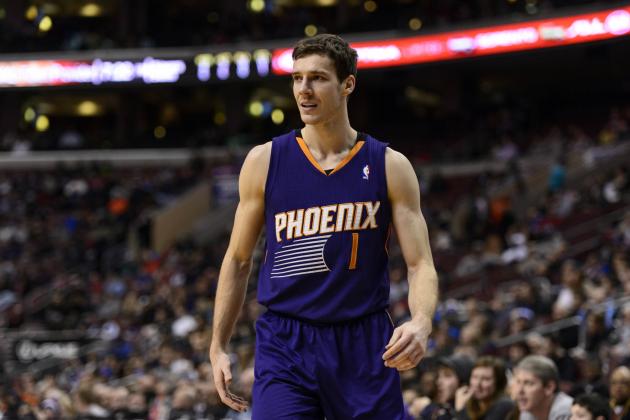 In a stunning turn of events, it was announced today that Pat Riley and the Miami Heat have successfully traded for Phoenix Suns point guard Goran Dragic according to several sources.

The Suns and Heat have agreed to a Goran Dragic deal. It’s happening

Essentially, the Heat are set to acquire both Dragic brothers (Goran and Zoran) in exchange for Norris Cole, Danny Granger, Justin Hamilton, Shawne Williams and two future first-round picks, effectively leaving the Heat with only one first-round draft pick until 2019.

Suns owner Rob Sarver initially refused to accommodate Dragic’s requests of being traded due to the point guard’s negative comments about the Suns’ front office, but Dragic’s unrestricted free agency at the end of the season would have left the Suns with nothing.

Dragic is an immediate upgrade at the point guard position for Miami, whose current starting point guard in Shabazz Napier is averaging a lowly 5.1 points on 36.8% shooting from the field in addition to just 2.9 assists per game. Meanwhile, the “Dragon” is seeing current averages of 16.2 points and 4.1 assists, while shooting an astounding 50.1% from the field.

The Heat have inherited Dragic’s Bird Rights and will have a chance to offer the point guard a five-year $100 million plus contract at the end of the season, if they choose to.

If the Heat can stay healthy, their starting lineup would consist of Dragic, Dwyane Wade, Luol Deng, Chris Bosh, and Hassan Whiteside. Add in the fact that Miami is playing in a relatively weak Eastern Conference, and you’re looking at the Heat making some serious noise come playoff time.
[xyz-ihs snippet=”Responsive-Ad”]