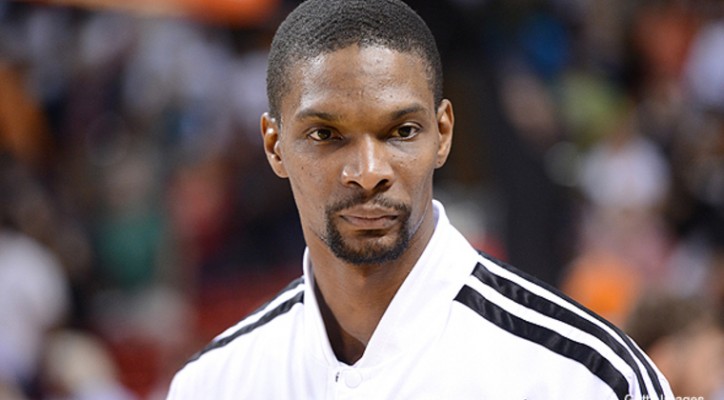 It’s official. Miami Heat forward Chris Bosh will miss the remainder of the season with diagnosed blood clots on one of his lungs, the team announced Saturday.

OFFICIAL: The HEAT announced today that @ChrisBosh will miss the remainder of the season while being treated for blood clots on his lung.

According to the team, the condition is not life-threatening and the long-term prognosis is good. Bosh is currently receiving care by Heat physicians at Baptist Health System Hospital and resting comfortably.

The 6’11” power forward will be put on medication that will require at least six months of limited physical activity.
[xyz-ihs snippet=”Responsive-ImagenText”]