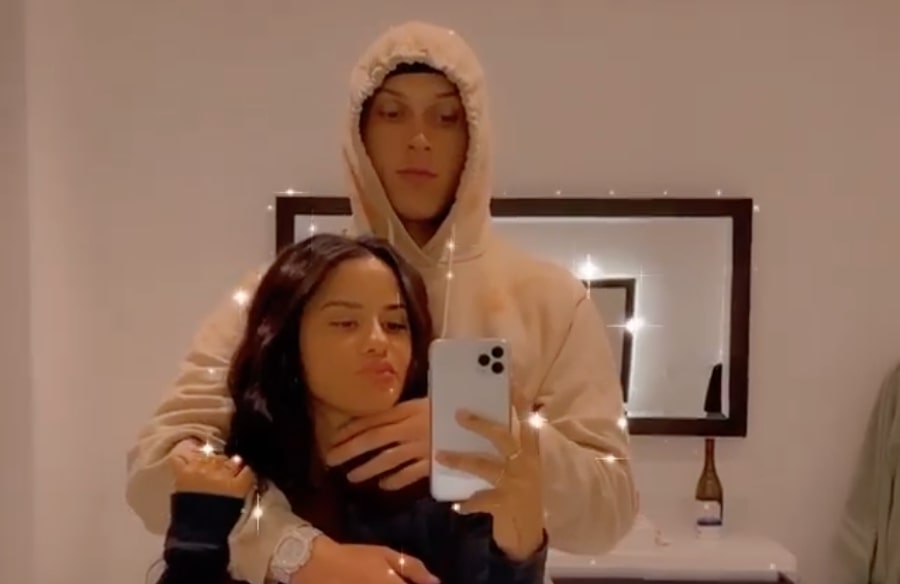 Back in the early days of the NBA shutdown, a romance between Miami Heat rookie Tyler Herro and Instagram model Katya Elise Henry seemed to begin brewing.

Now, it looks as though love has fully blossomed, as a short video that Henry posted on her own Instagram page shows the two getting quite romantic with each other.

While most single folks have probably found that the social restrictions as a result of the novel coronavirus have made dating quite a bit more difficult than normal, Henry and Herro seemingly aren’t having that same issue.

The flirting began back in March when the two agreed that they wanted to “quarantine n chill” together. From there, the Instagram model aimed a sexual innuendo at Herro in an apparent attempt to prove that she was indeed romantically interested in him.

Thanks to the video above, it looks like the online flirting has led to a very real new relationship.

As for Herro’s love affair with the game of basketball, Heat players will soon be allowed to return to the practice court.

When actual games start to be played again remains to be seen.