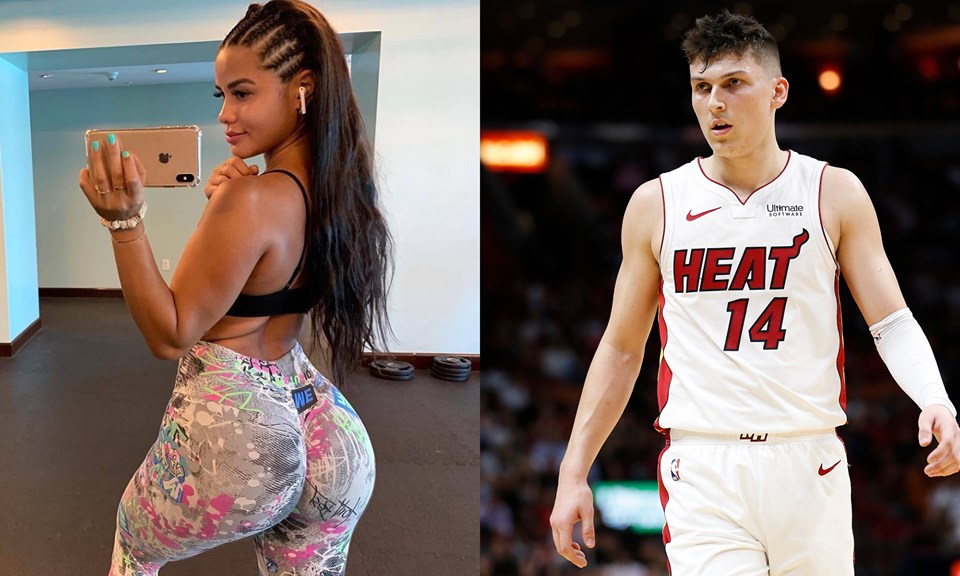 The current suspension of league play for the NBA has left many of its players incredibly bored.

All over social media, players have asked fans how they should bide their newfound free time. As for Miami Heat rookie Tyler Herro, he seems to know exactly what he’s going to do with his empty schedule.

On Tuesday, Herro sent a tweet to fitness model Katya Elise Henry asking her what she was up to. It didn’t take long for Henry to respond.

Never skip a Monday workout ??‍♀️ sooooo I’ve been testing out some of the workouts from my new 8 week PEACH PLEASE challenge that starts March 30th… and lemme tell you… these workouts are no joke ? I am absolutely loving this new training split! Guess what? There is now yoga stretches at the end of each session!!! Taking the time to slow down, cool down, and stretch at the end of a workout sesh is not only beneficial for your mobility, but it also helps you take a moment to reflect & appreciate what you have just achieved and have a little gratitude time ???? us #WBKgirls are not only focused on the outside, we focus on the inside as well. ? so so so important. Who run the world?! WBK girls! ?? Quick, secure your spot for my brand new challenge ~ link in bio! – – my top is from my bikini line ~ @kissmypeachswimwear & my leggings are @workouts_by_katya ☁️ (they come in other colors ✨)

You can’t spell cellulite without “u lit”. ? That’s that non-gmo booty. Girls embracing themselves is just so powerful, it’s all about that self love. From my workout programs to my meal plans *brand new recipe book*, i got you. So relax, we will get your dream body… together ? – hit that link in my bio! ??? @workouts_by_katya – ps do you guys loooove these cropped hoodies or what?! dropping soon! wearing my @kissmypeachswimwear bikini bottoms! ?

Unsurprisingly, both Herro’s and Henry’s followers loved the interaction. They filled the comments section with a mixture of excitement and jealousy.

While it’s quite possible that both parties were serious about wanting to spend time with one another, it is probably best if they quarantine alone for the time being.

The novel coronavirus is known to be highly contagious, and many of the major cities across the United States have enacted strict quarantine rules to try to inhibit its spread.

That being said, if both Herro and Henry are sure they are healthy in the coming days or weeks, there’s nothing stopping them from making the most out of an unfortunate situation.

For that reason, Herro’s Instagram profile is surely something to keep an eye on in the coming days.

If he ends up getting a date with the famous fitness model, there’s no doubt he’ll want his friends and followers to know.