Video: Meyers Leonard Shotguns Beer in 2.5 Seconds, Declares Himself ‘King of the Bubble’ 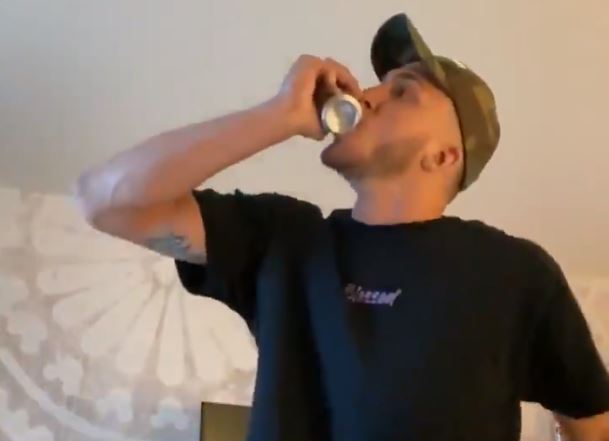 Miami Heat center Meyers Leonard seems to be enjoying life in the Orlando, Fla bubble so far. Since arriving to the bubble, he’s shown off his gaming setup and studied film on opponents.

Now, he’s proclaimed himself as “King of the Bubble” while shotgunning a beer.

👑 King of the Bubble. Accepting all challengers 👑 @NBABubbleLife @CoorsLight pic.twitter.com/S0GtHmlAK3

Leonard was challenged by @NBABubbleLife to shotgun a 12-ounce can of beer.

The 28-year-old seemed to finish off the beer in about three seconds, leaving him first on the leaderboard in the challenge. The only other player to compete in the challenge so far is New Orleans Pelicans guard JJ Redick.

It’s cool to see that Leonard is finding different ways to have fun while in the bubble.

Leonard is in his first season with the Heat after being acquired in an offseason trade from the Portland Trail Blazers.

Featuredjj redickmeyers leonardmiami heatNews Ticker
← Previous Story Video: Zaire Wade Seen Putting in Work With Cavs Big Man
Next Story → Jimmy Butler Gives Incredible Reason Why He Wants Back of His Jersey to Be Blank for Rest of Season