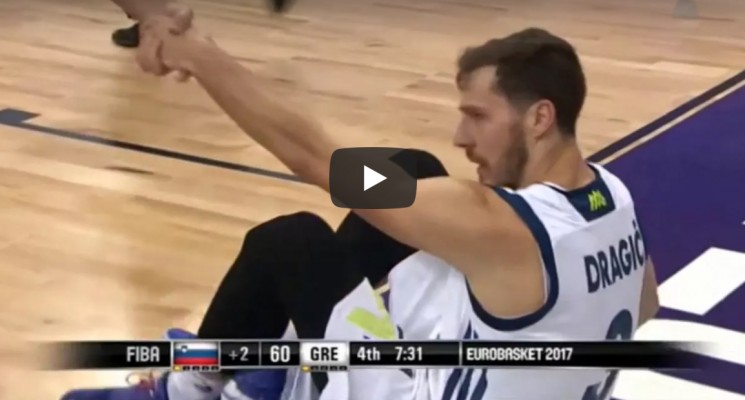 Miami Heat point guard Goran Dragic continues to put on a show during the FIBA EuroBasket 2017. In Sunday’s matchup, Dragic and his Slovenian teammates edged out the Greek national team after a fourth-quarter comeback.

Dragic was instrumental in the comeback, hitting clutch shots to claw back from a fourth-quarter deficit and cemented the victory with the game’s final four points.

While his stat line of 20 points, four rebounds, and four assists was not as impressive as it has been in his previous EuroBasket games, Dragic is clearly the leader of the talented team, which now sits atop the Group A standings.

There are still many games ahead for Dragic and the Slovenian national team, but if their success continues, the point guard may be bringing a 2017 EuroBasket trophy back to Miami.
[xyz-ihs snippet=”Responsive-ImagenText”]