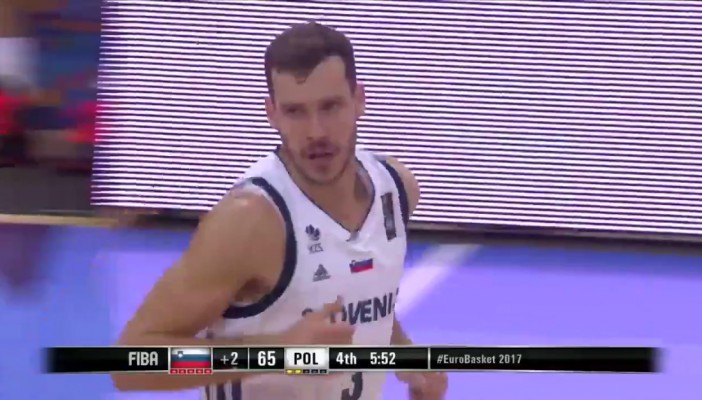 While most NBA players spend their offseason staying sharp by working out or joining in on pickup games, Miami Heat point guard Goran Dragic is making sure he stays in game shape by playing for his home country of Slovenia in the FIBA EuroBasket 2017. From the looks of it, Dragic hasn’t missed a step this offseason as he exploded for 30 points in a 90-81 win over Poland.

See the highlights of Dragic besting his European competition below.

Along with the 30 points, Dragic added four assists and three steals in his 29 minutes of play. In a postgame interview, Dragic stayed humble despite his dominant display.

“It was a really tough game for us. It’s always tough to win the first game of the tournament,” Dragic said. “Our coach did an amazing job to prepare us for this game. We played OK. It’s not our best game, but we’re happy with the win.”

Though Dragic is the sole NBA player on Slovenia, the country is considered among the favorites to advance from its opening-round group. Slovenia’s next matchup comes Saturday, against tournament host Finland.
[xyz-ihs snippet=”Responsive-ImagenText”]