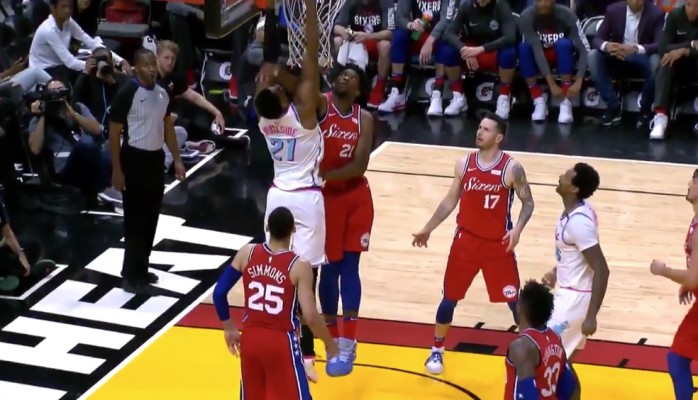 By now, the rivalry between big men Hassan Whiteside and Joel Embiid is well documented. In the Miami Heat‘s Thursday night game against the 76ers, Whiteside won the matchup with Embiid in more ways than one.

Not only did the Heat get a decisive victory over the 76ers, but in the waning minutes of the fourth quarter, Whiteside managed to ferociously dunk on Embiid, and got pretty up close and personal on the way down.

Whiteside’s dunk was certainly a highlight in this matchup, but it wasn’t the only time the Miami big man got the better of his 76ers counterpart in the game. Though Embiid is touted as one of the most dominant big men in the NBA, Whiteside had a much more impressive performance.

It seems like a long shot, but if both teams make a run to close out the season, they could end up facing off against one another as the fourth and fifth seeds in the first round of the playoffs. If that were to come to pass, the rivalry between these two players would become that much more interesting.
[xyz-ihs snippet=”HN-300×250-TextnImage”]