Video: Bam Adebayo has words for Eric Bledsoe after getting hit with dirty shot 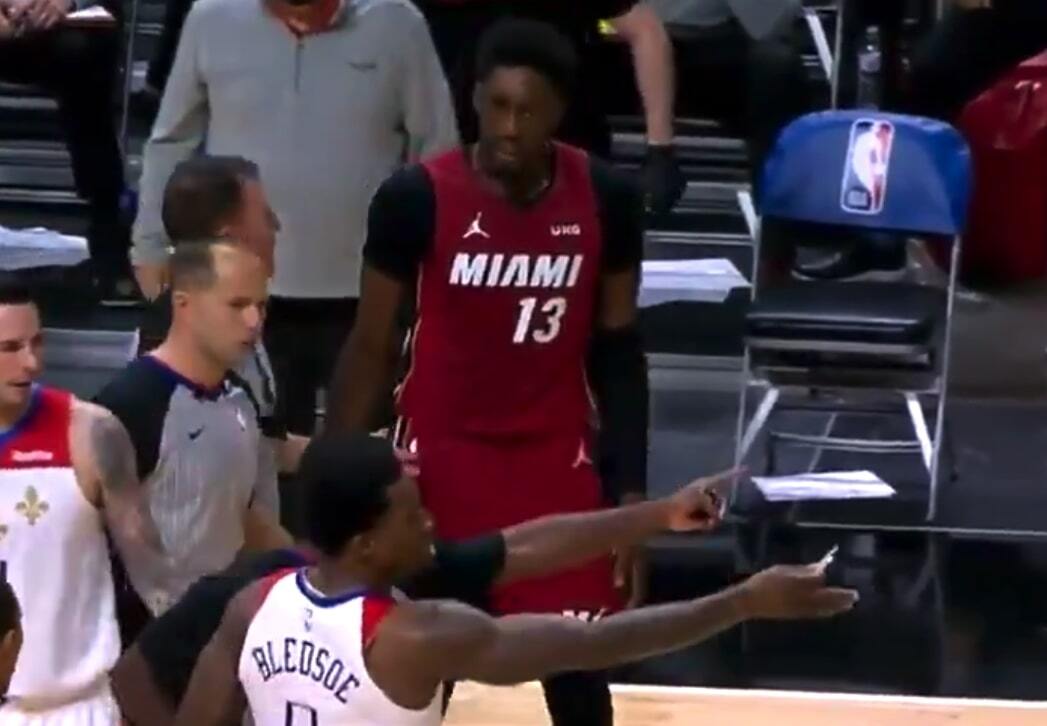 Friday’s Christmas Day matchup between the New Orleans Pelicans and Miami Heat got a little chippy.

Heat All-Star Bam Adebayo had a few words for Pelicans newcomer Eric Bledsoe after a dirty shot in the fourth quarter.

The star-studded battle was already eventful leading up to the mini scuffle.

In bad news, Heat star Jimmy Butler was forced out of the game due to a nagging ankle injury. He concluded the contest with four points, six rebounds and five assists.

As for Adebayo, he drew a flagrant foul on Bledsoe for the dirty shot.

Bam Adebayoeric bledsoeFeaturedjimmy butlermiami heatnew orleans pelicansNews Ticker
← Previous Story Andre Iguodala praises Tyler Herro’s defense: ‘He can do a lot of great things on the defensive end’
Next Story → Video: Dwyane Wade and his son Zaire talk trash to each other in insane game of 1-on-1