Video: Kyrie Irving and Kevin Durant Seen Working Out Together in Miami 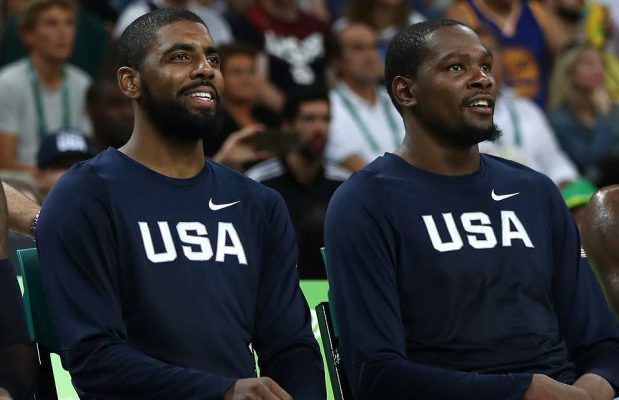 When Kyrie Irving was on the trading block last summer, and Kevin Durant was an unrestricted free agent back in 2016, both considered the Miami Heat to be an attractive destination.

Unfortunately for the Miami faithful, both stars ended up on different teams. Still, that hasn’t kept them from taking the court at American Airlines Arena together, as they were seen on Friday for what appeared to be a training session.

Kyrie and KD getting some work in together in Miami

The two are probably doing nothing more than taking some time out of their offseason to start preparing for the 2018-19 NBA season. Still, well informed fans already know that both Durant and Irving are set to headline a loaded free-agency class next summer.

It seems unlikely that the Heat would be able to attract and afford both All-Stars considering their current salary cap, but team president Pat Riley has been known to make the seemingly impossible quite possible.

If Durant and Irving were to decide to take their talents to South Beach, Miami would once again be considered amongst the best teams in the NBA.

Only time will tell if the two will end up considering Miami as a possible destination once again.
[xyz-ihs snippet=”HN-300×250-TextnImage”]