Jimmy Butler hilariously rips reporter for using word ‘coalescing’: ‘What the hell does that mean?’ 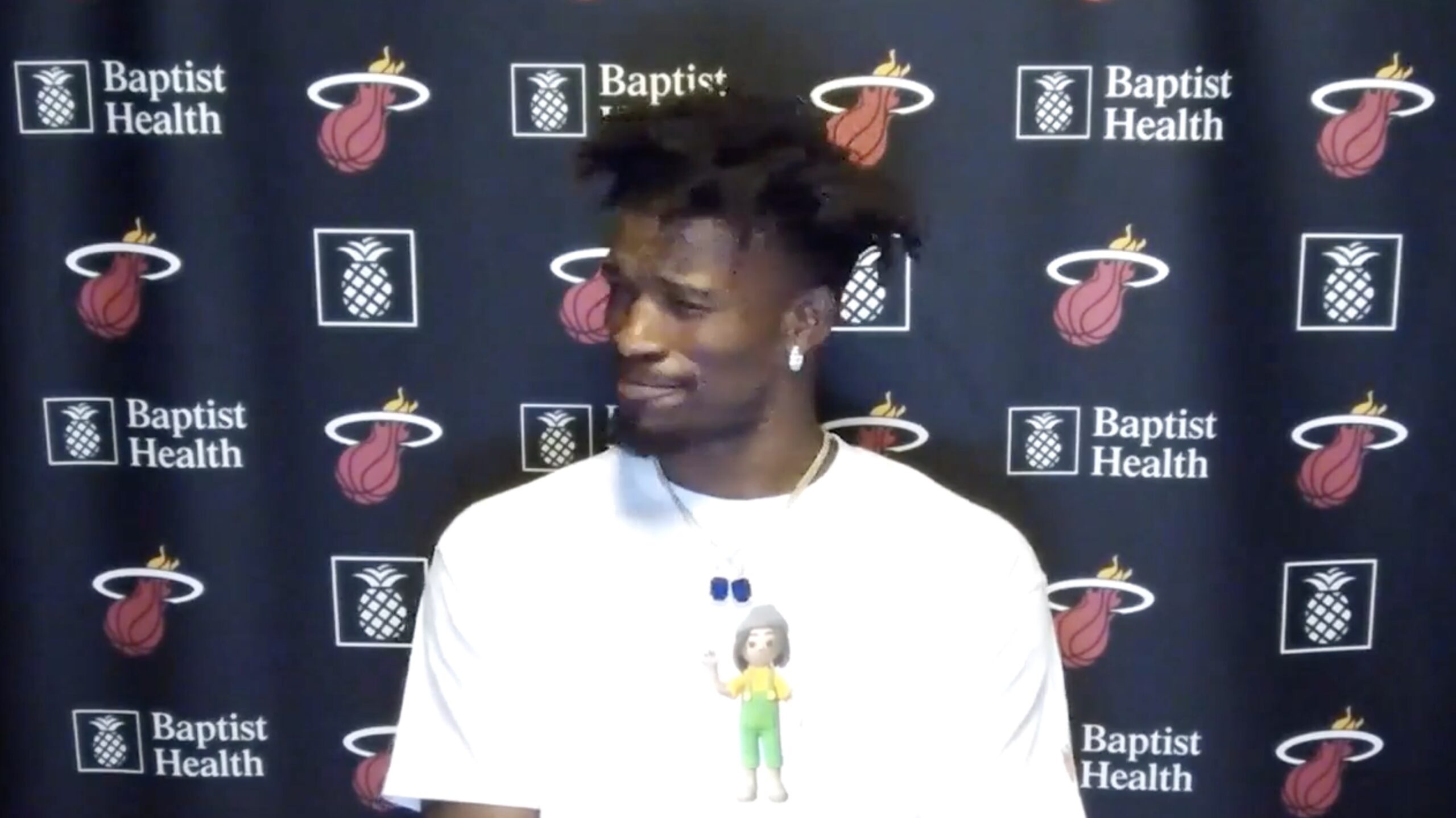 Just a few weeks ago, the Miami Heat were struggling mightily, but they’re starting to find their groove again, as they now have a 21-18 record.

When a reporter asked Heat star Jimmy Butler about the team’s newfound success, he made fun of the reporter for using the word “coalescing.”

“Has the team – obviously you’ve won 10 of 11 [games], so the standings tell us one thing, but does it feel like you’re coalescing as much as the record shows into something?” Butler was asked. “I mean 10 of 11, pretty special.”

“Don’t do that,” Butler responded. “Come on now. What the hell does that mean?”

“I mean, you’ve won 10 of 11 so you’re obviously showing how good you can be, I would think,” the reporter answered.

“Well you said a big word – you confused me,” Butler clarified.

“You could’ve just said that. I think we’re coming together well. Everybody is just becoming more and more comfortable and just focusing on the things that we can control. I think that the more that we’re out there getting reps, there’s not that much time to practice. The more everybody’s comfortable, we’re just having fun.”

For much of the season thus far, the Heat had a poor record and were out of the Eastern Conference playoff picture.

Much of that was perhaps due to several players being out, including Butler himself.

But with the team almost at full strength of late, the Heat have turned up the temperature on their opponents. As a result, they currently stand in fourth place in the Eastern Conference, which is a major improvement.

With the Boston Celtics struggling inexplicably, Miami has a prime opportunity to hold onto a higher seed as the regular season moves on.