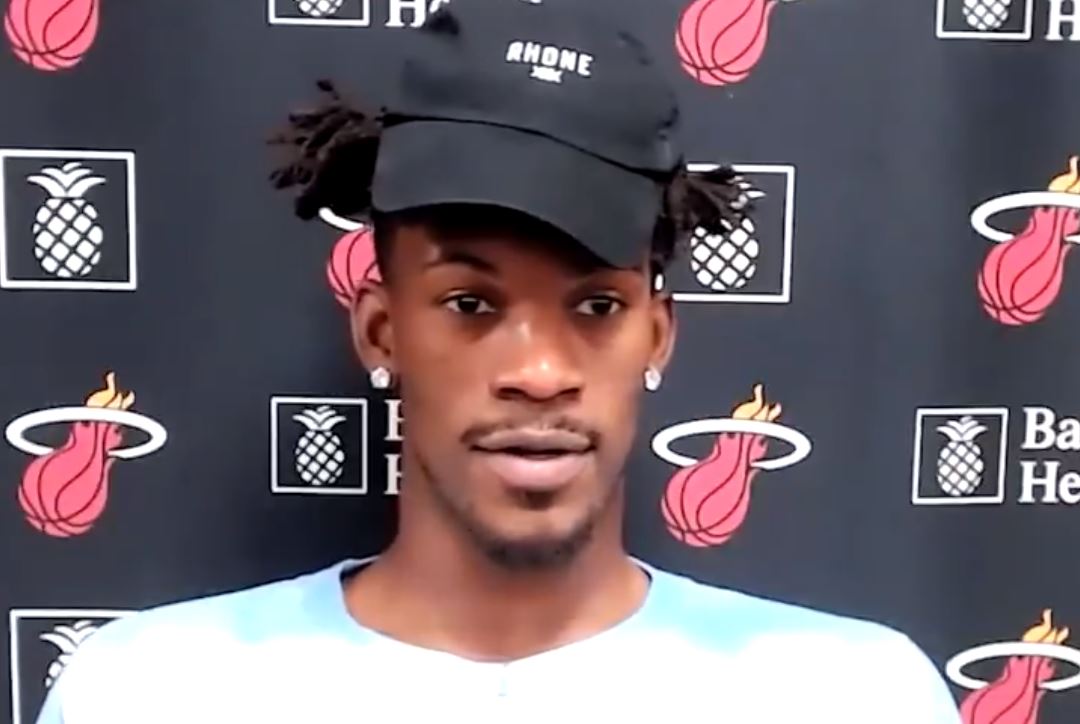 Miami Heat superstar Jimmy Butler was clearly irritated when he referred to the Sun Sentinel‘s Ira Winderman as a ‘sorry a–” for asking about the team’s mindset as it faces a difficult stretch of games to close the 2020-21 regular season.

This exchange between Jimmy Butler and the reporter 🤣 pic.twitter.com/ec3tb3iazk

Among the Heat’s final seven games, they face the Boston Celtics twice, along with the Philadelphia 76ers, Milwaukee Bucks and Dallas Mavericks.

With the Heat hoping to avoid having to compete in the play-in portion of this year’s postseason, getting past that gauntlet serves as a stiff challenge for the inconsistent Heat.

Currently in possession of a 35-30 record, the Heat are hoping that the momentum of three straight wins and seven victories in the last nine contests can propel them into the playoffs.

Last season, the Heat managed to build momentum within the NBA bubble and reached the NBA Finals. That drive was led by Butler, who clearly is focused on ignoring naysayers who don’t believe that they can go deep in this year’s postseason.

Featuredira windermanjimmy butlermiami heatNews Ticker
← Previous Story Bam Adebayo claims he deserves DPOY consideration: ‘I float under the radar because I’m not a big name in this NBA’
Next Story → Udonis Haslem balks at thought of Kevin Garnett being as ‘tough’ as Kobe Bryant and Tim Duncan