Jimmy Butler calls out Miami Heat for not playing hard: ‘We better figure it out real soon’ 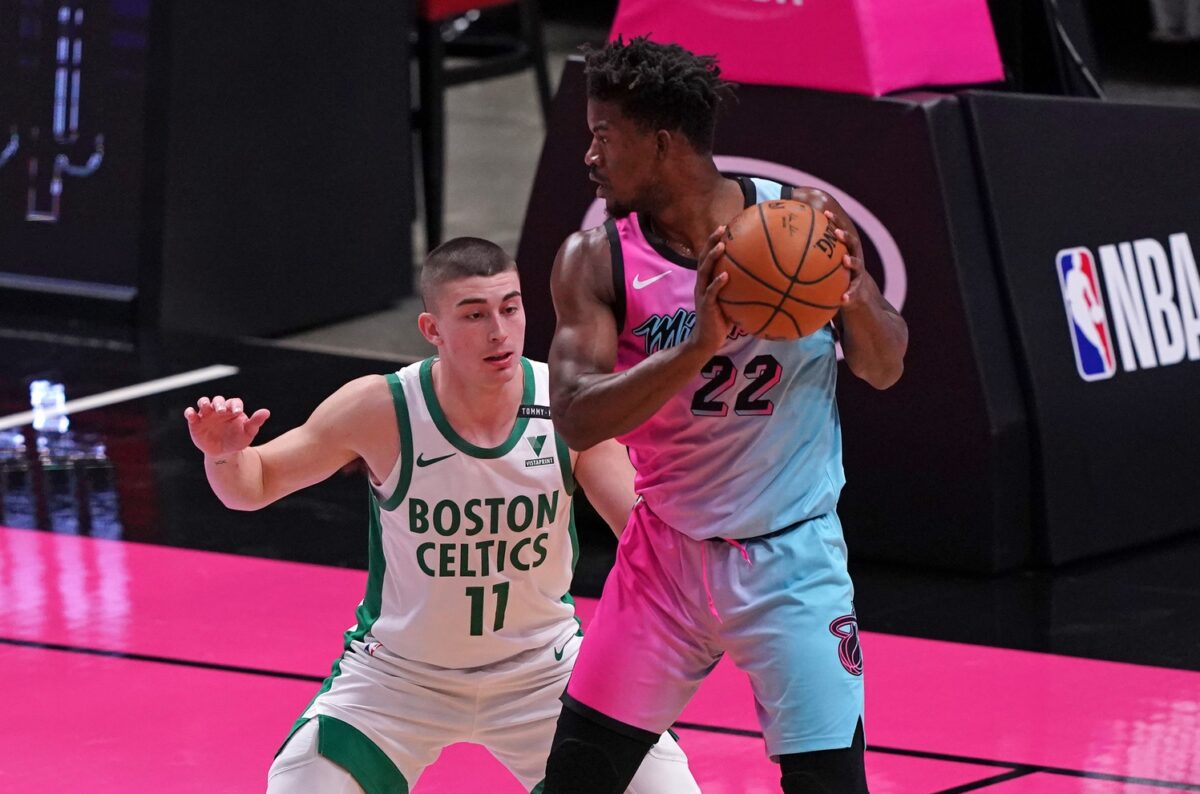 A frustrated Jimmy Butler challenged both himself and his teammates after the Miami Heat dropped to 3-4 on the season with a 107-105 loss to the Boston Celtics on Wednesday night.

Jimmy Butler says there’s no excuses to not playing hard, the culture we say that we have. We aren’t doing that. Nobody is. Not me, not Bam, nobody. We better figure it out real soon. pic.twitter.com/Vx5RO6lmdh

The loss continued an annoying pattern for the Heat during the early portion of their 2020-21 schedule. After dropping their Dec. 23 opener to the Orlando Magic, the Heat have followed a victory with a defeat in all of their games this season and currently find themselves with the 11th-best record in the Eastern Conference.

During Wednesday’s game, the Heat trailed 53-45 at the half before managing to tie the game at the end of the third quarter.

The Heat’s loss to the Celtics was especially aggravating because Goran Dragic’s 3-pointer had tied the game with 13.4 seconds left. However, Boston rookie Payton Pritchard scored the game-winner on a tip-in shortly before the final buzzer sounded.

One of the reasons that Butler was so adamant about the Heat getting back on track is because they’re now set to begin a four-game road trip, beginning with a Saturday night clash against the Washington Wizards.