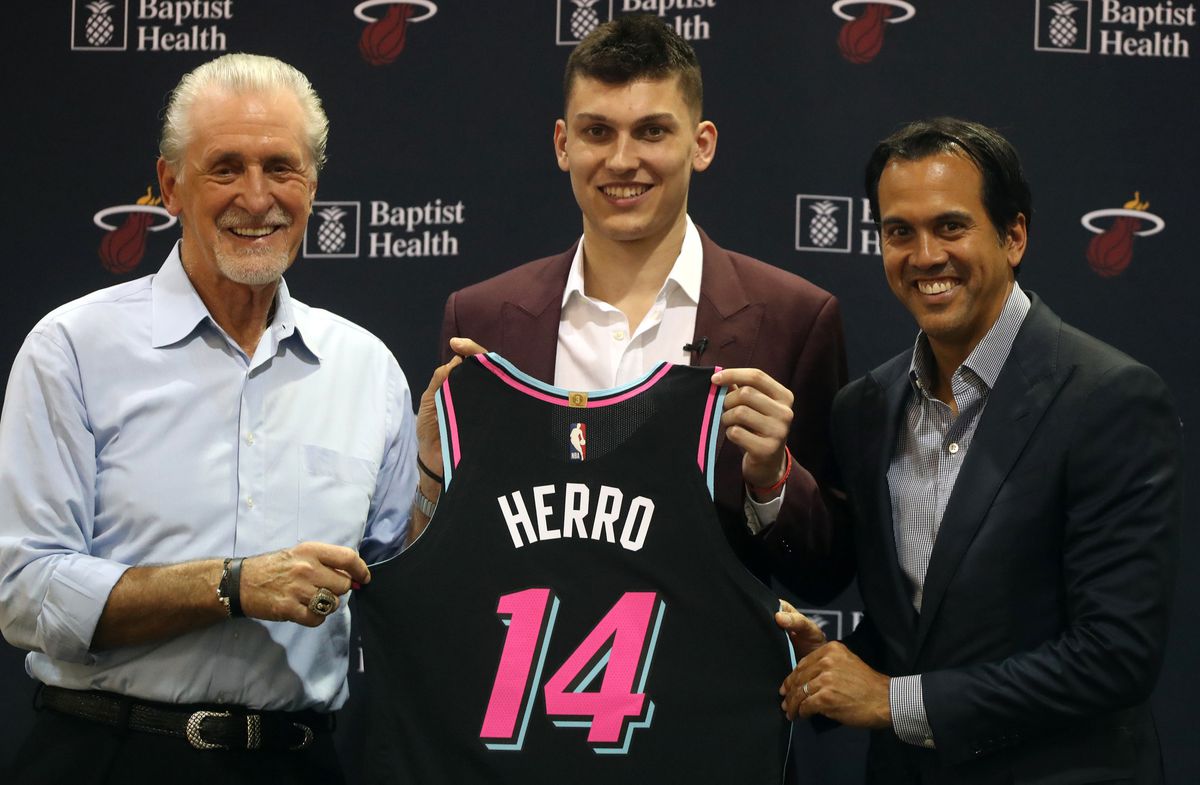 The Boston Celtics are feeling the wrath of Miami Heat rookie Tyler Herro.

According to A. Sherrod Blakely of NBC Sports, the Celtics had their eyes on Herro before he got drafted by the Heat.

“On NBA draft night last year there was a collective moan among the Boston Celtics brass right about the time the Miami Heat used the No. 13 pick to select Tyler Herro,” Blakely wrote.

The Heat picked up Herro with the No. 13 pick in the 2019 NBA Draft. The Celtics, who had the next pick, apparently believed they had a shot at getting the University of Kentucky product.

“The Celtics were very much enamored with the 20-year-old leading up to last June’s draft, aware that there was a shot that he might be on the board when it was their turn to select at No. 14,” Blakely reported.

In the end, the Celtics selected Romeo Langford with the No. 14 pick in the 2019 NBA Draft. Langford averaged 2.5 points and 1.3 boards during the regular season.

However, the confident youngster has brought his game to a another level in the postseason. The first-year pro is averaging 16.5 points, 5.7 rebounds and 3.9 assists per contest in the playoffs.

The 20-year-old Herro is playing big minutes in the fourth quarter alongside veterans, taking on tough defensive assignments and hitting extremely clutch shots in crunch time.

As a matter of fact, Herro made history against the Celtics in Game 4 of the Eastern Conference Finals. The sharpshooter collected a whopping 37 points on 14-of-21 shooting from the field in the Heat’s 112-109 victory on Wednesday night.

It makes total sense why the Celtics are upset they didn’t get the chance to draft Herro.