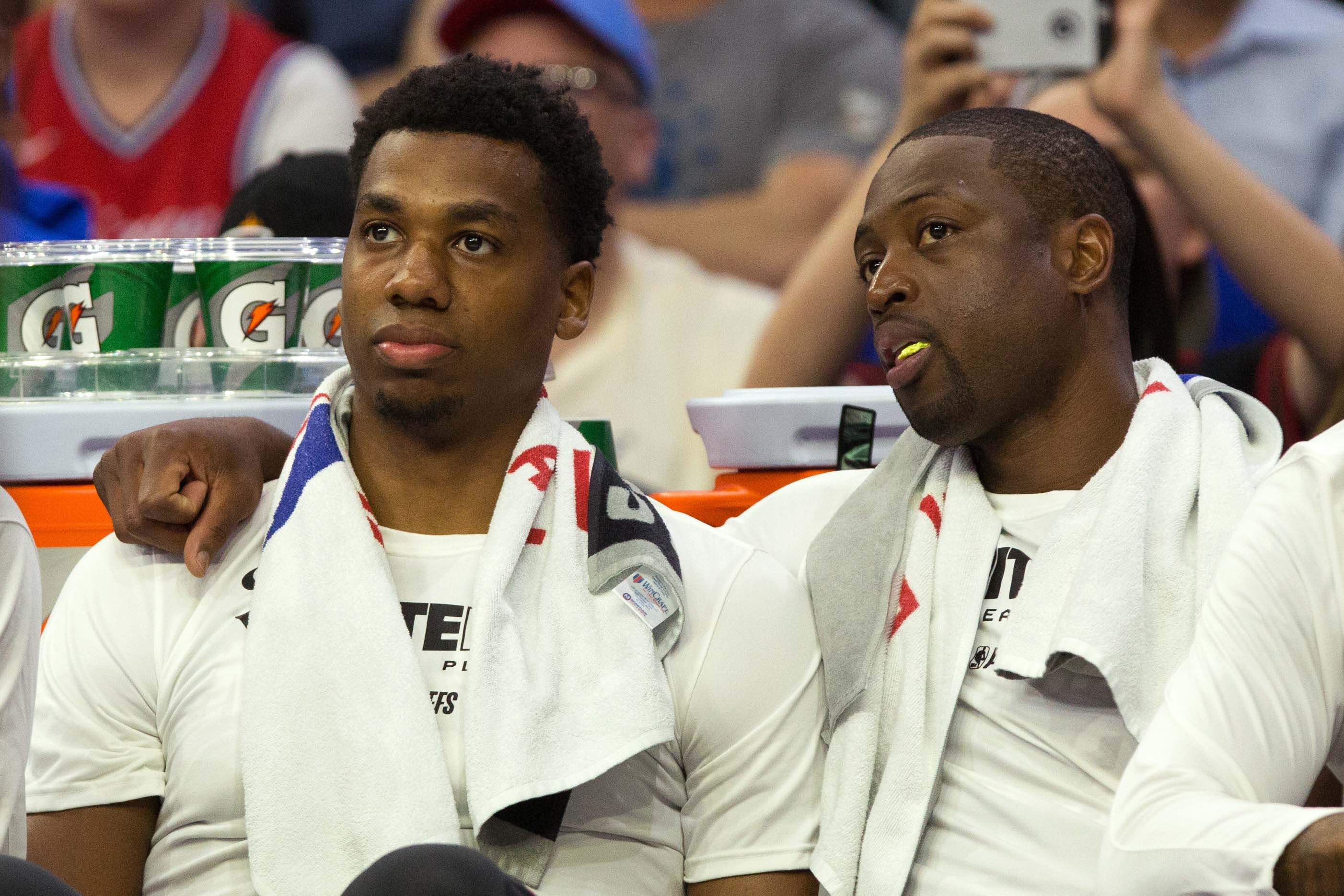 Though former Miami Heat guard Dwyane Wade retired over four months ago, he still has fans across the country and the world.

His former teammate, Hassan Whiteside, made sure to document some of that support on social media while in Los Angeles, when he came across a fan in a No. 3 jersey.

Whiteside was Wade’s teammate for parts of four seasons with the Heat and got a glimpse of the love and respect that others outside of South Florida have for the future Hall of Famer.

On the other side, Wade was often supportive of Whiteside, despite his often inconsistent play.

Wade’s immediate future has yet to be decided, though he has multiple options to consider. However, it’s clear that he remains focused on helping the Heat off the court.

Soon after he had played his final game, his passion for the franchise reportedly led him to contact team president Pat Riley about who the team might select in June’s NBA draft.

Last month, Whiteside’s tenure with the Heat ended after he was dealt to the Portland Trail Blazers.

His inconsistencies on the court make his career beyond this season a question mark, since he’s entering the final year of a four-year, $98 million deal that will be paying him more than $27 million for the 2019-20 campaign.

Having turned 30 in June, he’s not likely to receive anywhere close to a similar deal unless he delivers consistently high numbers for the Trail Blazers this season.