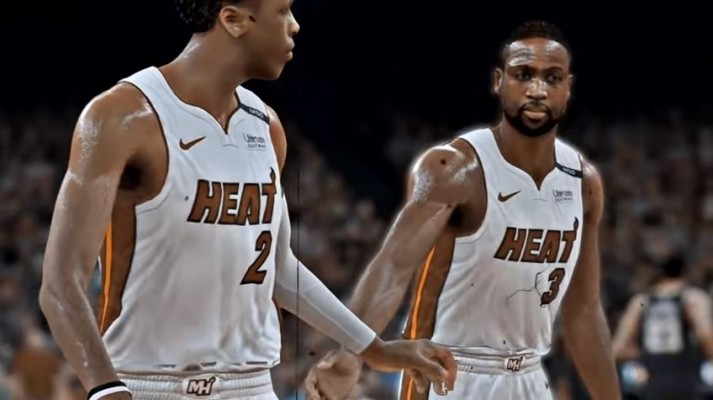 Now, he has created another video of another father-son duo playing together and this time, it is of Dwyane Wade and his oldest son, Zaire Wade. The video shows the two playing for the Miami Heat with Zaire wearing No. 2, which is currently worn by Heat guard Wayne Ellington.

The 36-year-old reacted to the video with a tweet, using just one emoji.

It seems unlikely that Dwyane and Zaire will ever play in the NBA together due to the fact that the three-time champion might retire and not come back for a 16th season in the NBA. The Marquette University product has yet to commit to re-signing with the Heat, but has already said that if he were to return, it would only be with Miami.

If Wade were to ever play with his son, he would have to wait at least three years because Zaire is currently a junior in high school. Although only in high school, Zaire has proven that he can hold his own against NBA talent. During a game in the Miami Pro League, the 16-year-old made a clutch shot over New York Knicks guard Tim Hardaway Jr.