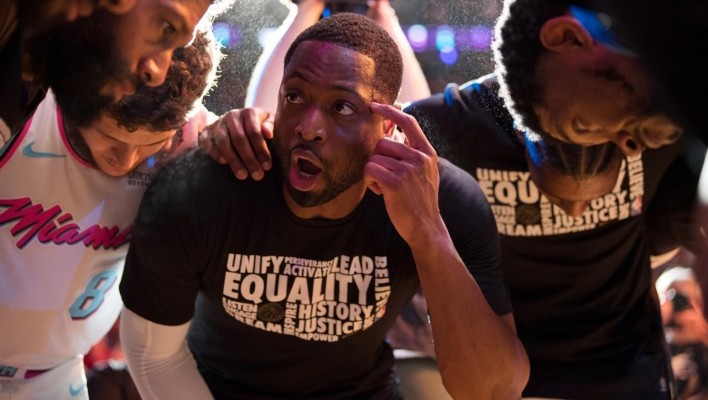 While many free agents across the NBA have already agreed to join new teams, Miami Heat legend Dwyane Wade has yet to sign on the dotted line.

Throughout the 2017-18 season, Wade made it clear that he would spend a portion of this offseason weighing whether or not he will continue his storied NBA career. While reports earlier this summer seemed to indicate that Wade re-signing with the Heat was only a matter of time, it seems Wade may not feel that way.

The three-time NBA champ spoke with the Associated Press on Wednesday amid his China tour to discuss his future off of the court rather than on it.

“When I get back from China, I’ll focus on that,” Wade said, “I’m focused on the game after basketball. Whatever happens in basketball, it happens. I’ve done everything that I can to this point to put myself that I’m in this position I am today, where I can do something that hasn’t been done globally yet.

“The basketball will take care of itself. I’ll sit down and figure that out once I get back from this tour at some point.”

Wade began his 2017-18 season as a member of the Cleveland Cavaliers, but was then traded to the Heat prior to the trade deadline in February. While he had shown real signs of slowing down in Cleveland, he displayed a new fire and energy once he was back in Miami. The 12-time All-Star had a number of strong performances throughout the season with Miami. Two of his best performances came in the Heat’s playoff series against the Philadelphia 76ers in which Wade recored 28 points in Game 2 and 25 points in Game 4.

If Wade decides to return to Miami, it is thought that the Heat will use their $5.3 million taxpayer mid-level exception as a possible contract offer to Wade. Wade is eligible for the $2.3 million veteran minimum for the coming season.
[xyz-ihs snippet=”HN-300×250-TextnImage”]